Home Hampton Times Coming in from the cold

Coming in from the cold 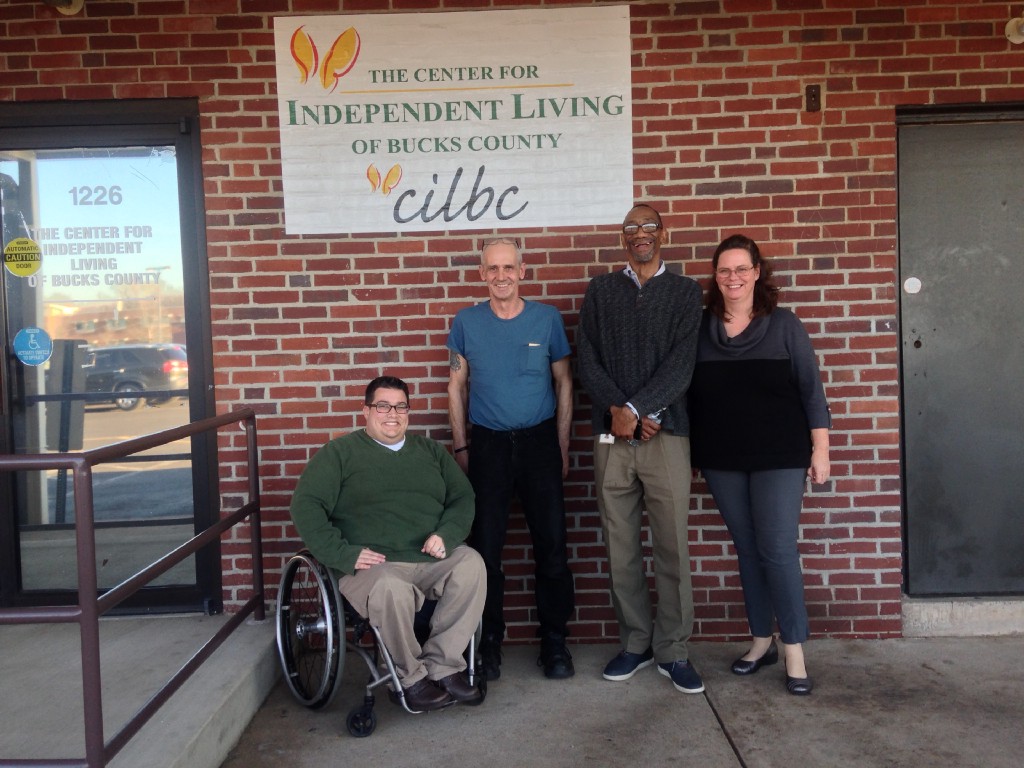 “I had a nervous breakdown.”

Brian Tanner appears incredibly uncomfortable as he recounts his story. Before the interview, Tanner had been assembling a bookshelf. He seemed completely in his element. Now, he gives off the impression that he would rather be anywhere else.

Tanner looks every bit of his 52 years of age. He is thin, but not unhealthily so. He wears humble work clothes and speaks with a heavy Southern accent. Slowly, the story of his experience with homelessness pours out of him.

Surrounding Brian around the table is his support team. To his right is Josh Pittinger, the executive director of the Center for Independent Living of Bucks County. To Brian’s left sits Allen Johnson, a recovery coach with the Mental Health Association of Southeastern Pennsylvania’s Host Program.

“A-double L-E-N,” Johnson says when stating his name for the record, placing a strong emphasis on the E. He speaks like a man who once lost his identity and now fiercely protects it. Indeed, he once did.

“I have lived experience. And I had to turn into a scrapper. Without a vehicle. I pushed a cart,” Johnson asserts as he describes his own brush with homelessness.

Karen Hewlett rounds out the group. Hewlett, the independent living specialist and program manager at the Center for Independent Living, is seated at the end of the table.

The circumstances that led to the formation of Tanner’s network were rather fortuitous. Pittinger had just been installed as executive director in June 2015 and resolved to engage in an outreach campaign with local state representatives.

Upon entering state Rep. Tina Davis’ office, Pittinger overheard a conversation between Tanner and a Davis aide. Pittinger recalls that the aide did not have the answers Tanner was seeking.

“I knew that our staff would be able to help him in the right direction. So I introduced myself, gave him my business card, and then he got hooked up with Karen,” Pittinger recollects.

At the time, Tanner had just spent a year fruitlessly attempting to navigate the system to gain access to social welfare programs. Before his health deteriorated, Tanner had worked as a truck driver. He was accustomed to long hauls through difficult terrain. However, nothing from his professional endeavors could have prepared Tanner for the struggle to secure government benefits. It was as if he were being forced to cut through miles of jungle underbrush with the aid of only a butter knife.

After his meeting with Pittinger, Tanner was no longer on his own. Hewlett and Johnson emerged as the primary pilots of Tanner’s support team. Hewlett remembers the challenges they faced in securing Tanner much-needed benefits. One particularly difficult experience was the completion of Brian’s application for the housing choice voucher program, popularly known as Section 8.

“Brian did not have his birth certificate. And for housing, you have to have your driver’s license or a state ID that states you live in Bucks County,” Hewlett relates.

Johnson took charge in securing Tanner’s birth certificate from the state of Tennessee. Although Hewlett could have completed Brian’s paperwork when they first met in June 2015, she had to wait until August 2016 before all of Tanner’s documents were discovered and in proper order.

Hewlett cites the lack of permanency in the living arrangements of her homeless clients as a primary obstacle in securing benefits.

Although Tanner has filled out the Section 8 forms, he remains on a waiting list for the voucher. The process could take 12–18 months.

Tanner had a similar arduous ordeal as he attempted to prove his disability to secure Social Security benefits. Tanner copes with physical and mental health issues. His panic attacks seem the most debilitating of his ailments.

“When you apply for disability, they’re gonna send you to a bunch of doctors and a bunch of appointments,” Hewlett says.

She reports that the logistical challenges of getting Tanner to far-flung doctors’ offices, coupled with his crippling panic attacks, made it difficult to keep the appointments.

During this multi-year, circuitous journey through the system, Tanner was living outdoors. He settled in an encampment with 11 other individuals. They established their own community. They shared meals, socialized, and slept in the same tent area. Together, they braved the elements and fended off the occasional wild animal.

In one of the few moments during the interview when Tanner genuinely appears at ease, he shares a story about a skunk that had found its way into his tent. The skunk ate the food that Tanner stored, but grew so large during the feast that it could not escape from the hole in which it entered.

“Lord, I hope he don’t spray!” Tanner recalls thinking when he made the discovery, as the table shares a laugh with him.

The picture of the “system” that emerges in the course of the conversation with Tanner and his support team is one of a haphazard process. The government ensures access to social welfare programs, but has created onerous barriers to entry. It is like building a door to a house, but failing to include steps or a ramp.

Tanner’s luck recently changed. He was able to secure an apartment through financing provided by the Department of Housing and Urban Development’s Rapid Re-Housing Program. Johnson hopes the funds will sustain Tanner until his Section 8 voucher is approved.

Johnson’s personal connection to homelessness is noticeable throughout the interview. He takes Tanner’s plight seriously because he knows firsthand what Tanner has endured. For example, Johnson bristles at the stereotype of the homeless as a shiftless population.

As the conversation steers toward Tanner’s living situation, Johnson shares his own feelings when he first escaped the streets.

“The first night I felt so safe…And it took a moment or two just to take that deep breath and say, ‘Wow!’ ”

Tanner seems similarly relieved, though the interview has brought him no joy. He is on the brink of tears toward the end, but they are not evidence of any kind of catharsis. So, one wonders, why does he insist on telling a story that so pains him?

“They got a homeless problem here. And they need to help them. A lot of people don’t want to be out there. Because it’s…because it’s hard.” ••