38-year-old Pavel Belous, of Philadelphia, was thwarted and paralyzed thanks to the victim’s quick thinking 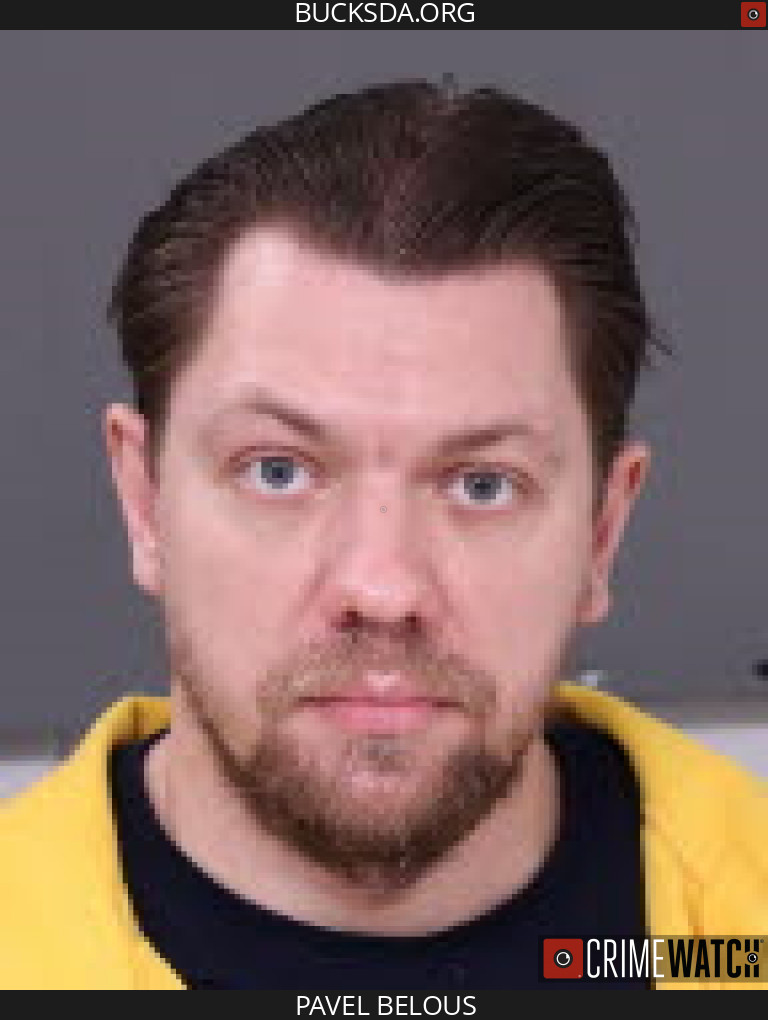 Pavel Belous, 38, of Philadelphia, has been sentenced to 40 to 80 years in state prison for kidnapping a young man in Upper Southampton Township, then forcing him at knifepoint to drive to an ATM to withdraw money while threatening to kill him and his mother.

Belous previously entered an open guilty plea on March 25, 2022, to two counts of attempted homicide and one count each of kidnapping, robbery, simple assault, terroristic threats, theft by unlawful taking and possession of an instrument of crime.

President Judge Wallace H. Bateman Jr., who called Belous’ crimes cold and calculated, heard from the victim and his mother before handing down the sentence. The victim was 18 when Belous stalked him for about an hour on the night of March 11, 2021, confronting him at knifepoint in the parking lot of a McDonald’s restaurant in Upper Southampton. The ordeal ended only after the victim pulled out his Boy Scout knife and stabbed Belous in the back, an injury that left him paralyzed. The victim told Bateman that he still has vivid nightmares from that night that have left him frightened to go outside or out with friends. Even scarier, the victim said, are the thoughts of what would have happened if he didn’t react by stabbing the defendant.

“I don’t see this going away for a while,” he said, in tears.

Bateman called the victim’s actions quick-thinking and courageous and what was necessary to save his life and that of his family’s. Bateman then sentenced Belous to four consecutive 10- to 20-year sentences, for a total of 40 to 80 years in state prison. He was also ordered to pay $2,100 in restitution.

Deputy District Attorney Thomas C. Gannon said Belous’ actions were unlike other attempted murders: “This was a premeditated attack, a hunt.”

After a chance encounter at a Philadelphia convenience store on March 11, 2021, Belous followed the victim to three locations, often driving with his lights turned off to avoid detection, before confronting the victim at knifepoint in the parking lot of the McDonald’s. The victim was sitting in his car at 10:30 p.m. that night, eating food he had just purchased when a masked man got into the passenger’s side seat, put a knife to the victim’s throat and demanded money. The victim gave Belous $18, but Belous wanted more and forced the victim to drive to an ATM, where the victim withdrew $450.

They both got out of the car, but the victim was able to retrieve his folding knife from his car and stabbed Belous in the back. The victim ran inside his house and called 911 and police found Belous hiding in the victim’s car and arrested him.

During the investigation, Bucks County authorities learned that Belous was charged with killing a man in Philadelphia. That killing, according to Philadelphia Homicide Detectives, happened less than a week before the Upper Southampton robbery and kidnapping. The victim in the Philadelphia killing had his throat cut and his home was then set on fire, the same violent acts he threatened in Bucks County. That case remains open in Philadelphia.

“This defendant committed a level of violence against his victim that we’re only familiar with in horror movies,” said District Attorney Matt Weintraub. “Were it not for his victim’s courage and quick thinking, I firmly believe that this defendant would have continued his killing rampage. I am grateful that he was unable to do so and now won’t be able to ever again.”