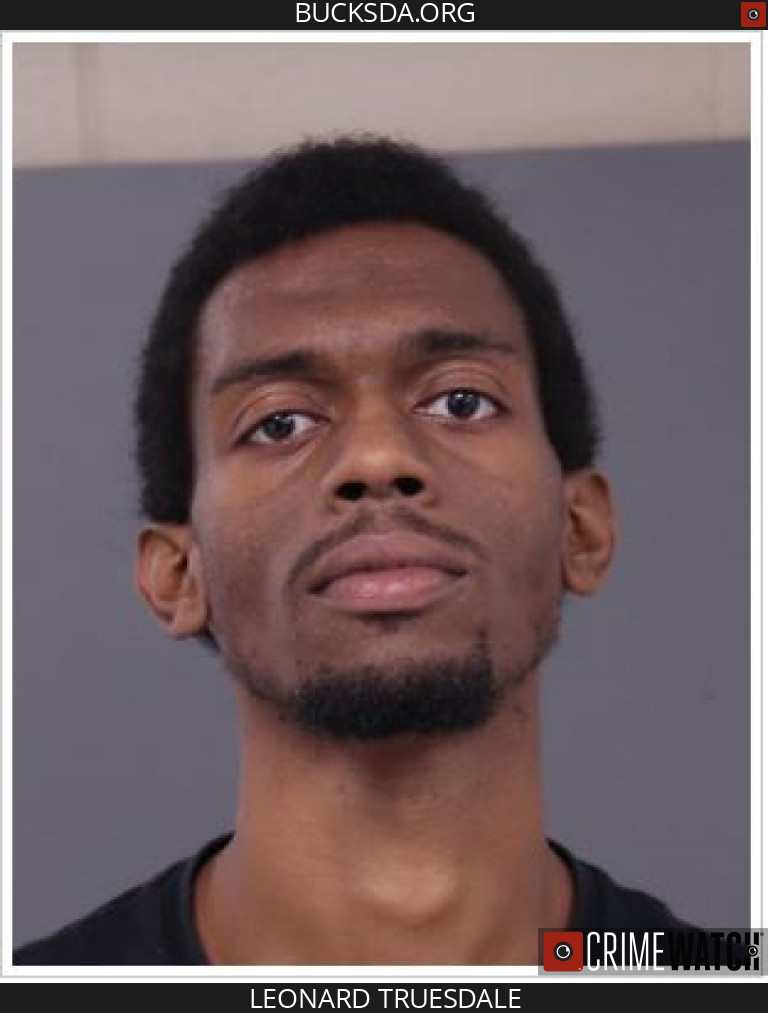 Leonard Truesdale, 24, is facing a slew of felony charges for the illegal straw purchase of 21 guns at gun stores, almost exclusively in Bucks County.

Truesdale, of Philadelphia, appeared before Magisterial District Judge Brian M. Marriott, who remanded him to Bucks County Correctional Facility under $100,000 bail. The investigation is the latest example of the Bucks County District Attorney’s Office’s commitment to rid the streets of illegal guns and lock up those who supply them.

“This is a recurring theme,” said District Attorney Matt Weintraub. “We will hold straw firearms purchasers accountable in Bucks County until they get the message: ‘Do not buy guns illegally here. If you do, you will be punished.’ More to come.”

The investigation started with a traffic stop in Philadelphia on Feb. 15, 2021, where city police recovered a loaded 9-mm Smith & Wesson pistol. The gun was illegally possessed by a 19-year-old male and had never been reported stolen. A records check found that the gun was purchased by Truesdale on Dec. 9, 2020, at Tanner Sports Center in Warwick Township. Further investigation revealed that Truesdale purchased 21 handguns between July 2020 and March 2021 from Tanner Sports Center, Bunker Gun Shop in Warminster, Bunker Gun Shop 2 in Chalfont, Auger Precision Firearms in Croydon and Delia’s Gun Shop in Philadelphia.

An ATF Task Force initiated an investigation into Truesdale on March 8, 2021. On March 13, 2021, Truesdale and two other men arrived at Bunker Gun Shop 2 in Chalfont. Truesdale attempted to buy two guns, but he was informed his background check would be delayed and he would need to come back later to complete the purchase. One of the males with him purchased a .45-caliber pistol. Two days later, Truesdale returned, but only purchased one of the guns and a box of ammunition.

Truesdale was arrested in Philadelphia on June 27, 2021, illegally possessing the .45-caliber pistol purchased by the male with him on March 13, 2021. Six of the guns purchased by Truesdale have since been recovered, four of them in Philadelphia and the other two in the possession of convicted felons in Bensalem and Delaware. None of the recovered guns were ever reported stolen.

According to a criminal complaint, Truesdale “has numerous indicators of being a straw purchaser, including but not limited to, a sizable amount of firearms procured within a short amount of time, purchasing the same exact firearm on several occasions, multiple purchases of firearms on the same day on more than one occasion, the presence of another person(s) during the sale of a firearm(s) and the recoveries of the firearms by law enforcement.”

This case assigned for prosecution to Deputy District Attorney David A. Keightly Jr.