7th annual Behind the Lens Film Festival set for May 4 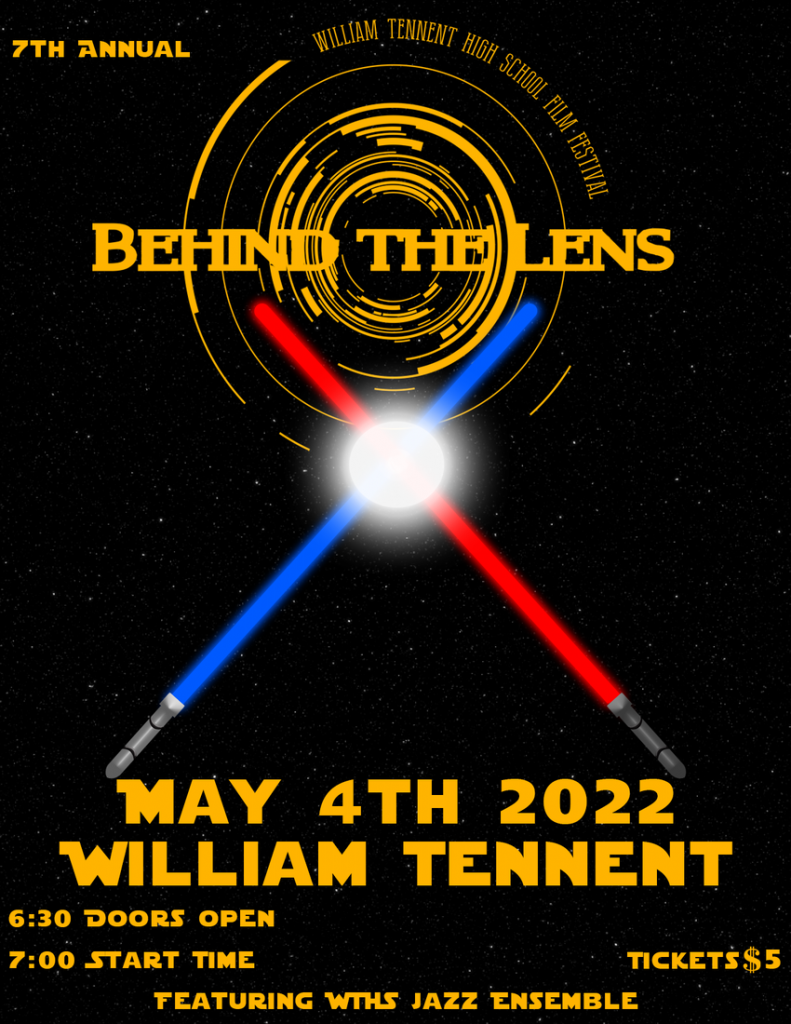 The 7th annual Behind the Lens Film Festival is set for May 4, in-person at William Tennent’s auditorium. Doors open at 6:30 p.m. with a Red Carpet entrance, interviews with student filmmakers, snacks and a Star Wars-themed photobooth. Members of the William Tennent High School Jazz Band will welcome festival-goers.

Awards will be presented to the winning films in each category. This year’s judges include: Brad Herman, a former Dreamworks animator; Karin Kelly, the department head of Cinema & Television at Drexel University; David Raynor, a Philadelphia-based producer; Scott Randolph, director and producer; Jonathan and Ally Rola, owners of Rola Cinema; Ethan R. Sklar, local producer, filmmaker and photographer; and Neal Wiser, an award-winning screenwriter who began his career at Paramount Pictures. This year, there will be an Audience Choice vote in each category.

The host for the evening is Jason Lee, a 1991 graduate of WTHS. Lee is the host and producer of PHL17 Sports Scene and a producer and talent for PHL17 Morning News.

“The Film Festival celebrates the creativity and talent of our students and provides them with the opportunity to show their work on the big screen,” said Dina McCaffery, WTHS media production teacher and Film Festival director. “TV and film is a constantly growing industry and providing this opportunity helps students hone their marketable skills.”