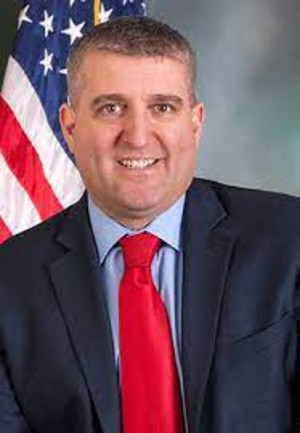 Republican House members from Southeastern Pennsylvania crafted and passed a historic measure to extend the governor’s emergency order, permitting additional relief to areas affected by the remnants of Hurricane Ida. This was the first time an emergency order from the governor was extended by the state Legislature.

“As a first responder, I witnessed firsthand how the flooding rains ravaged homes and businesses in my district and learned by media accounts of the extensive damage throughout Bucks, Montgomery and Delaware counties,” said Rep. Frank Farry (R-Langhorne), a 30-year first responder and Langhorne’s fire chief. “The damage was exponential, forcing families to relocate and schools to close.”

Within 24 hours of the Sept. 1 storm, Farry reached out to his Southeast colleagues to forge a plan for extending resources and relief efforts by extending the governor’s emergency orders. This would be the first emergency order extension since the voters approved constitutional amendments requiring a vote by the Legislature to extend an order beyond 21 days.

“I knew helping to restore the lives of those impacted would take more than the 21 days an emergency order lasts,” Farry said. “We had to return to the Capitol a week early to vote to extend the emergency order.”

As the clean-up began, Farry met with his colleagues from the Southeast to plan a strategy for reconvening the Legislature so the House and Senate could pass the necessary resolution before the governor’s order ended.

“The tour of the damaged areas showed members from outside our area the extent of the damage in a way mere descriptions could not,” Stephens said.

During the tour, Rep. Shelby Labs announced she would introduce House Resolution 139 to extend the emergency order. The concurrent resolution passed the House and Senate Sept. 22.