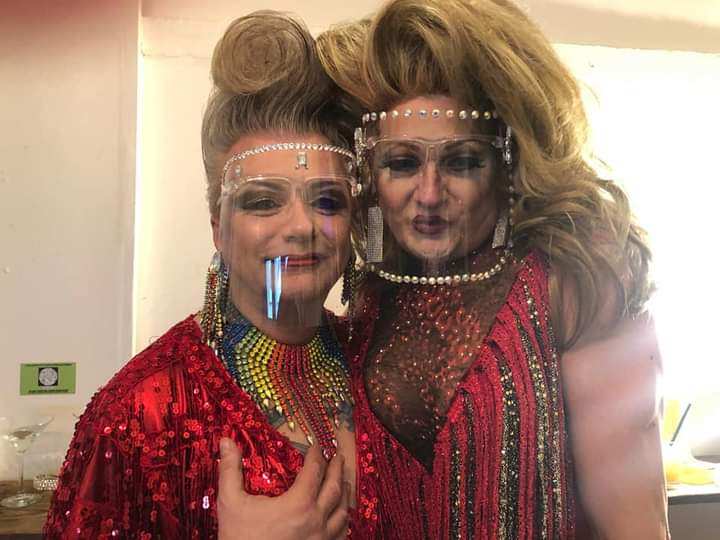 Sequins, feathers, high heels and bright lights aren’t the only things that make a drag show in New Hope. Rather, a drag show is the coming together of a community to celebrate when times are good and to lend a hand when they’re difficult.

Throughout the years, New Hope’s local bars have been holding drag shows, donating all proceeds to local charities or to someone who is in need. During the pandemic, the need has been even greater, especially for those out of work in the food service industry.

Shows have been hosted by New Hope’s finest divas to raise money during the pandemic. Miss Pumpkin and Summer Clearance with a bevy of special performers have hosted shows at Martine’s RiverHouse. Those seeing the show are asked to bring a donation of canned food to be donated to a local food pantry. Miss Pumpkin will resume hosting her monthly shows at John & Peter’s for a different charity each month.

New Hope’s own Berrie Lyndon and Ginger Alley have been performing and hosting drag shows at the Greenhouse in New Hope to continue giving back to the community. They have raised money for St. Philip’s Episcopal Church’s food pantry in New Hope and the Delaware Valley Food Pantry in Lambertville, New Jersey, among others. They will also do a show to benefit local pets. All drag performances follow COVID safety, with performers wearing face shields. Shows are contactless.

Ginger Alley, who has been doing drag since 1991, said, “Our stage is our platform. It makes you feel good inside putting food on people’s tables.”

She expressed how welcoming and inclusive New Hope is, adding, “New Hope is the best place to be.”

A former Miss Gay Pride South Jersey 2016 and 2017, and Miss Gay Philadelphia 2014, Ginger Alley said she puts something behind her good following by giving back to the community.

The feature film ‘Solar’ will premiere; the Yardley-based Exact Solar will be featured; proceeds will benefit Power Up Gambia
Read more
Bensalem Times