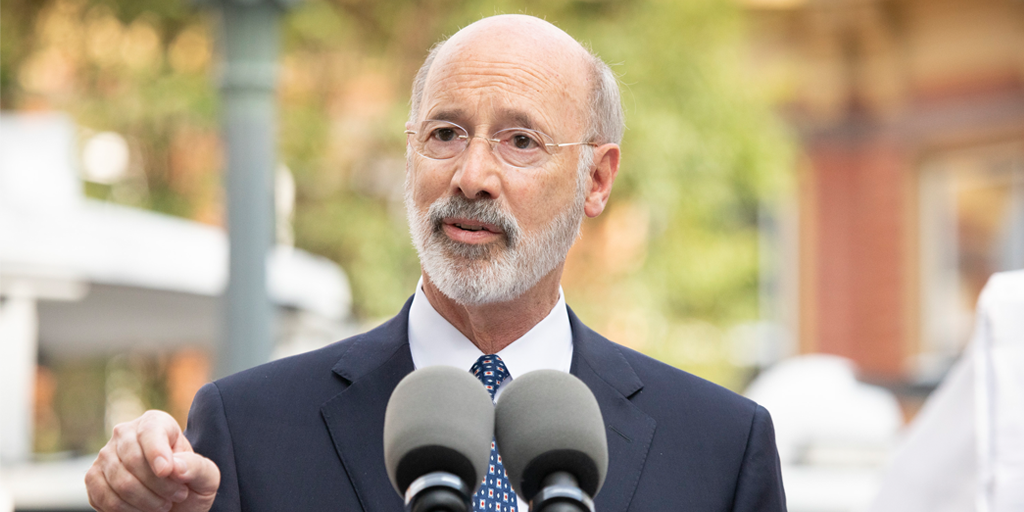 Gov. Tom Wolf called on U.S. Sen. Pat Toomey to follow the precedent he set in 2016 and refuse to vote to confirm a new Associate Justice to the Supreme Court until the presidential election concludes and the elected candidate is sworn into office.

The governor made the following statement:

“At a time when vital issues that affect the lives, health and safety of Pennsylvanians are being brought for consideration before the highest court in the nation, our leaders must proceed with great care and deliberation as they determine the right person to fill Associate Justice Ruth Bader Ginsburg’s seat on the bench.

“The next Supreme Court Justice will join the court in ruling on key issues of our day that are of grave importance to Pennsylvanians, including health care and a woman’s right to choose. It would be an unconscionable error to rush into a nomination when the people of Pennsylvania and the nation as a whole will make clear their wishes for the future of our country in a few short weeks.

“In 2016, Sen. Toomey refused to vote on a nominee to the Supreme Court after Associate Justice Antonin Scalia passed away eleven months prior to the election. To quote the senator’s own words from that time, ‘This decision should not be rushed, and it should not be made amid the clamoring of a presidential election season.’

“With less than a month and a half before the 2020 general election, I call on Sen. Toomey to uphold his own precedent, and commit to refusing to vote for or against any nominee to the Supreme Court until the next presidential term begins.”

Individuals, groups and companies can “adopt” a family to offer some joy this holiday season
Read more
Load more