The junior visited the state Capitol and House chamber on Monday 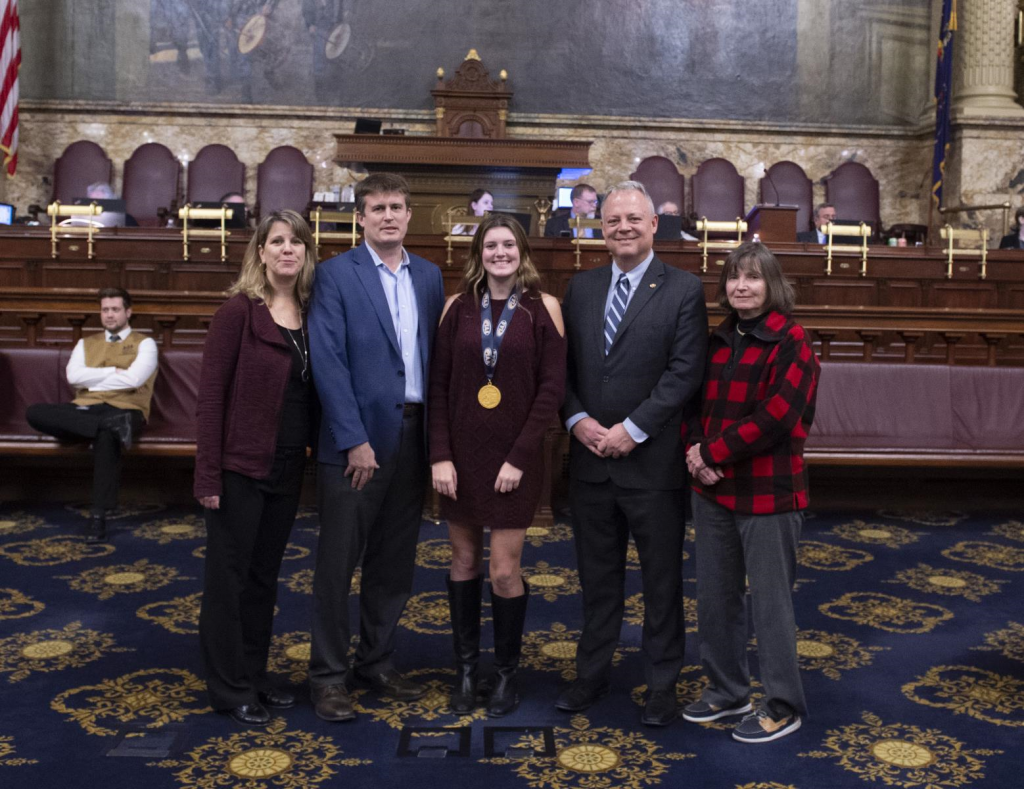 “Today, we celebrate an accomplishment that took years of training, preparation and perseverance,” Warren said. “Amelia Honer has been among the top high school tennis players in the state since she entered Council Rock North. In this, her junior year, she made school history and won the state championship.”

“It’s inspiring to recognize a champion from our community at the Capitol,” Warren said. “Congratulations to Amelia, her parents, her coaches and her teammates for putting in all the work to win a state championship.”