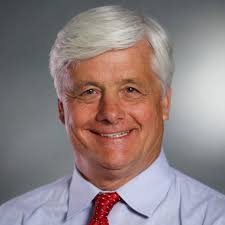 Tomlinson is introducing Senate Bill 710 to address the machines and funding for senior programs. Senate Bill 710 makes it a criminal offense for anyone to knowingly make, assemble, maintain, lease or sell games of skill.

“These illegal machines are creating a huge risk for the older Pennsylvanians who rely upon the programs the Lottery funds,” said Pennsylvania Lottery Executive Director Drew Svitko. “The games of skill machines are appearing across the state, and we are deeply concerned the harm will only increase. Sen. Tomlinson’s legislation will crack down on the machines and preserve hundreds of millions of dollars that help seniors afford prescriptions, transportation, meals and more.”

“I drafted this legislation after learning the impact these machines have on the Pennsylvania Lottery,” Tomlinson said. “I am concerned about the negative effect these unregulated, unlicensed, untaxed gambling machines have on unsuspecting players, youth and Lottery funds, which support essential services for our senior citizens.”

The Pennsylvania State Police Bureau of Liquor Control Enforcement has the primary enforcement authority over licensed liquor establishments, where many games of skill machines are found. Since January 2019, liquor enforcement officers have confirmed the operation of suspected gambling devices in every county in Pennsylvania.

“We continue to see an increase of suspected illegal gambling devices within licensed liquor establishments, but perhaps even more concerning is the illegal gambling happening in convenience stores, strip malls and shopping centers,” said Maj. Scott T. Miller, director of the Pennsylvania State Police Bureau of Liquor Control Enforcement. “This bill provides clear guidelines to aid in voluntary compliance by business owners, club officers and vending distributors as well as enhanced penalties for those who violate the law.”

In addition to the impact on the Lottery’s Scratch-Off sales, which make up roughly 70 percent of the Lottery’s business, the Lottery contends that games of skill are a roadblock in convincing retailers to offer its games such as Keno and Xpress Sports.

“These machines have the potential to cost the Lottery hundreds of millions of dollars in future harm,” Svitko said. “It’s imperative that we take action now to protect the funding that supports the programs that older Pennsylvanians rely upon each year.”

Meanwhile, Pennsylvania Skill released the results of a statewide survey conducted May 28-30 by Harper.

The survey showed that people oppose a ban on skill games, such as puzzles and tic-tac-toe, 56 percent to 31 percent.

Some 54 percent would favor regulations and taxes on skill games, which can be found at some gas stations, convenience stores and bars.

By a measure of 60 percent to 31 percent, people believe there is a difference between skill games and slot machines.