They include the employee misclassification bill and E-verify bill 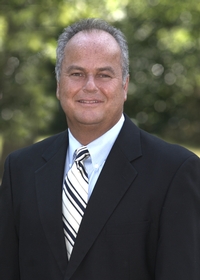 State Rep. John Galloway (D-Bucks) recently announced that his bill H.B. 716, which would establish a joint agency task force to address the misclassification of employees in Pennsylvania, was voted unanimously out of the House Labor and Industry Committee.

“My bill would create a task force to prevent the misclassification of employees as independent contractors, which effectively robs the Commonwealth and workers of the pay and benefits they earned,” he said.

Galloway said unethical employers often misclassify employees as independent contractors to save money. The practice both withholds the pay and benefits workers have earned and creates an uneven playing field for law-abiding businesses.

He said potential revenue loss due to misclassification of employees is significant. According to the Keystone Research Center, a misclassified worker loses an estimated $6,000 annually due to lost overtime pay. The center also estimates that Pennsylvania may be losing $10 million in unemployment taxes, at least $15 million in income tax revenues, as much as $83 million in workers’ compensation premiums and $200 million in federal income taxes. Misclassification can lower labor costs by as much as 30 percent.

The bill would amend the Administrative Code of 1929 to establish the Joint Agency Task Force on the Misclassification of Employees. Members of the task force would include Pennsylvania’s attorney general; the secretaries of Community and Economic Development, General Services, Revenue and Budget; and the secretary of Labor and Industry, who would serve as chair.

The task force would examine the state’s current classification and enforcement system and make recommendations to strengthen enforcement, as well as educate employers and the public about employee classification under the law.

Galloway also announced that the bill he co-sponsored with state Rep. Ryan Mackenzie (R-Berks/Lehigh), H.B. 1170, which would create the Construction Industry Employee Verification Act, was voted with overwhelming bipartisan support (23-1) out of the House Labor and Industry Committee.

The act would require employers in the construction industry to use the E-Verify program to ensure that their employees are authorized to work in the United States.

“This bill would prevent unscrupulous employers from hiring individuals not authorized to work in the United States,” Galloway said. “These employers are hurting the construction industry by driving down wages, creating an unlevel playing field for other employers, and depriving the government of revenue that would be used to fund programs like unemployment compensation.”

The bill would prevent employers from unknowingly hiring an unauthorized employee by having to verify their work eligibility through the E-Verify program. The employer would be required to keep a record of the verification while the employee worked for them, or for three years, whichever is longer.

Penalties for the offending employer would include a three-year probationary period for each business location where an unauthorized employee worked. In addition, these employers would have to submit quarterly reports about each new employee hired. Agencies would suspend each license an employer holds if the employer does not submit verification that they have terminated the employment of the unauthorized employee within three days.

Galloway said Democrats and Republicans have found common ground on one of the most divisive issues of our time.