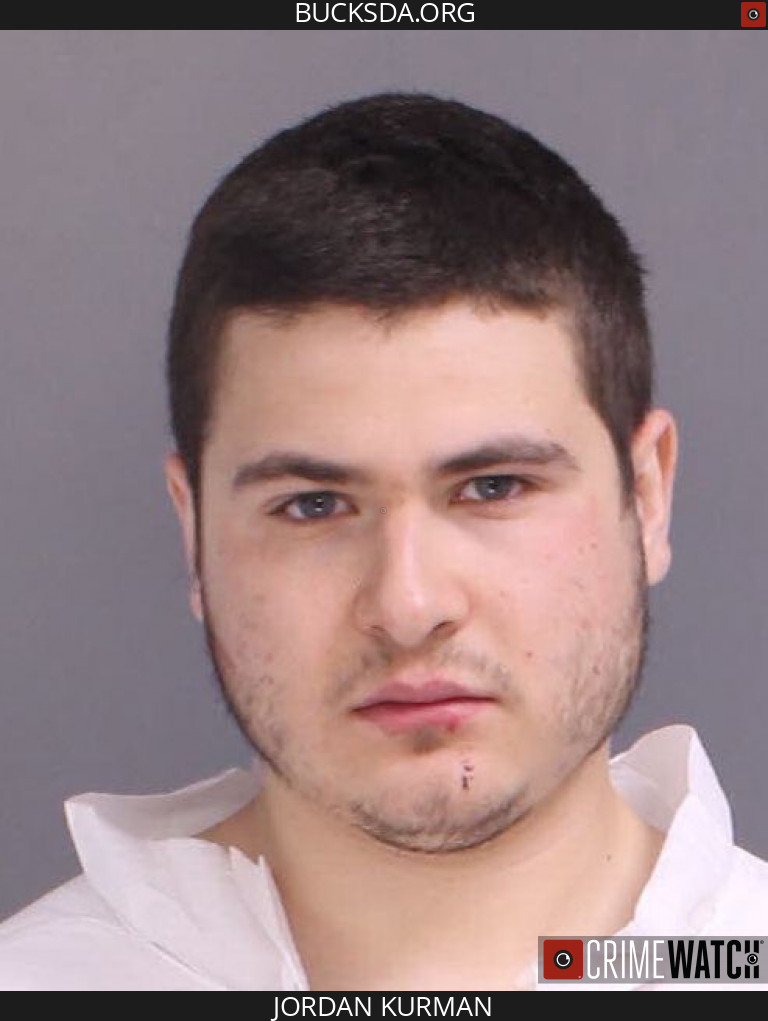 Jordan Matthew Kurman, 22, of Newtown Township, who killed his father in their home earlier this year, recently pleaded guilty and will spend the next 30 to 60 years in state prison.

Kurman pleaded guilty to third-degree murder, aggravated assault, possession of an instrument of crime, recklessly endangering another person, simple assault, and criminal mischief for the murder of his father, Gregory A. Kurman, on April 29.

At the Nov. 17 hearing, Kurman’s younger brother tearfully detailed the devastation the murder caused their family.

“The world feels cold and empty without him,” he said.

Reading victim impact statements written by himself and his mother, the younger Kurman described their father as a caring and compassionate man who would do anything to protect their family, which included trying for years to help his son with his mental health issues. Jordan Kurman, he said, was verbally and physically abusive to their parents, and he was so afraid of his older brother that he would lock his bedroom door at night and avoid being alone with him.

After hearing the statements that left some in the courtroom audience sobbing, Common Pleas Judge Charissa J. Liller asked Jordan Kurman if he had anything to say. When he gave a cold apology, Liller said she was not convinced since he only did so after she asked him twice.

“I am appalled that you have no remorse,” she said. “That is frightening to me. I hope you listened to what your brother had to say. It was heartbreaking to listen to him.”

Liller then sentenced Jordan Kurman to 30-60 years in state prison, ordered him to undergo a mental health evaluation and have no contact with his younger brother and his mother.

This investigation began when the Newtown Township Police Department was dispatched at 4:56 a.m. on April 29, to 15 David Drive, Newtown Township, for a report of a male in cardiac arrest. Upon arrival, police encountered Jordan Kurman in the driveway of the home. Police asked him where the subject in distress was, and he replied inside the house. Responding officers were about to enter the residence when they encountered Merridth Kurman, who was yelling for assistance for her husband. She directed officers into the house.

Upon their entry to the residence, responding law enforcement personnel observed blood on the floor leading from the foyer area to the living area of the residence. Officers located Gregory Kurman on his back in front of a couch in the living area. Blood was observed on the couch, with the cushions and pillows in disarray. A large, blood-covered kitchen knife was observed on the ground by the victim’s head. Gregory had a large, deep laceration to his throat and there was a pooling of blood under his head in the area of his neck.

Merridth stated, in the presence of Newtown Township Police officers, “He killed my husband … he stabbed him to death,” according to a criminal complaint.

Law enforcement personnel exited the home, approached Jordan and observed a large amount of blood on his clothing. Police detailed him at this time. Merridth spoke to Newtown and Bucks County Detectives and said she was upstairs in the residence when she heard screaming and arguing. She went downstairs to investigate the noises and saw her son Jordan drop the knife that police later located next to Gregory’s head.

Gregory, 49, was pronounced dead at the scene. In his victim impact statement, Kurman’s brother described his father as a popular dentist in Philadelphia adored by both patients and employees. He said his mother and father met when they were just teenagers, and his death has shattered their lives.

“This is a sad, sad case,” said District Attorney Matt Weintraub. “There are no winners here. We must protect society from this man and exact punishment for this murder, while balancing that against the surviving family’s wishes. And we have done that.”