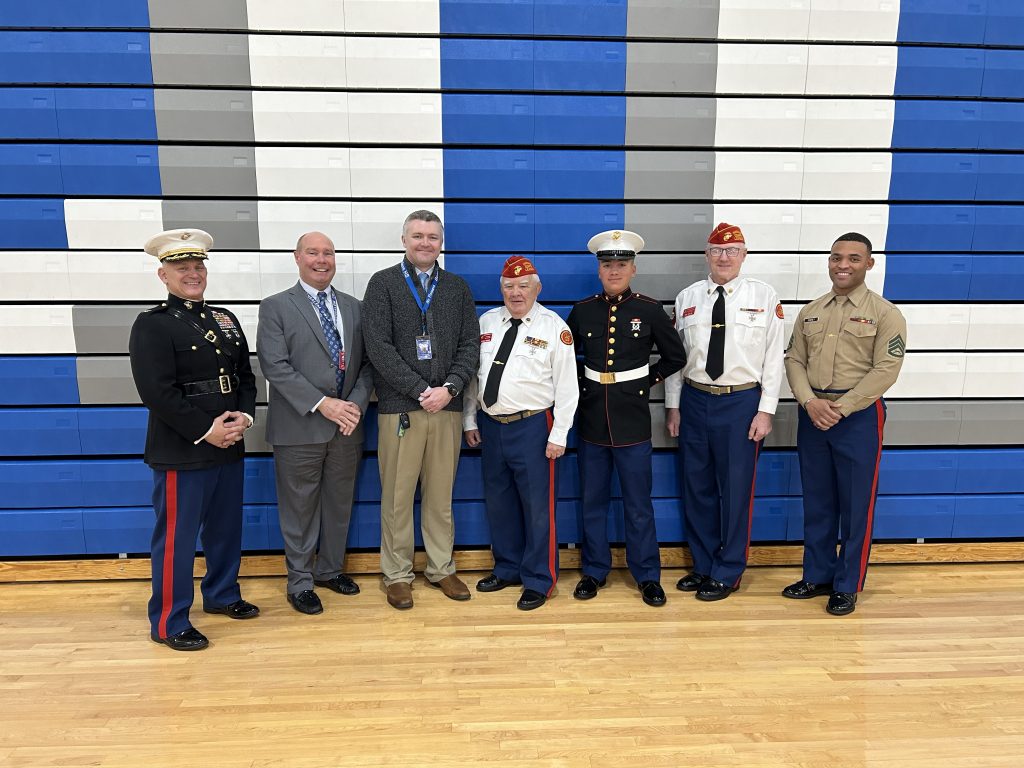 The Bensalem High School Marine Corps JROTC recently celebrated the 247th birthday of the United States Marine Corps. There was a designated empty chair adorned in black, symbolizing the valiant sacrifices of the Navy-Marine Corps Team. During the ceremony, the cadets paid tribute to the members of the Navy and Marine Corps who lost their lives while serving the nation.

After the colors were presented, the birthday cake cutting ceremony took place. This ceremony is important to all Marines as it is an annual renewal of each Marine’s commitment to the Corps, and the Corps’ commitment to the nation’s quest for peace and freedom worldwide.

The birthday cake is traditionally cut with the mameluke or non-commissioned officer sword as a reminder that Marines are a band of warriors committed to carrying the sword so that the nation may live in peace. As is customary, the first piece of cake was presented to the guest of honor, Bensalem High School principal Frank Flanagan. The next piece was presented to the oldest Marine in attendance, as a sign of honor and respect according to experience and seniority. 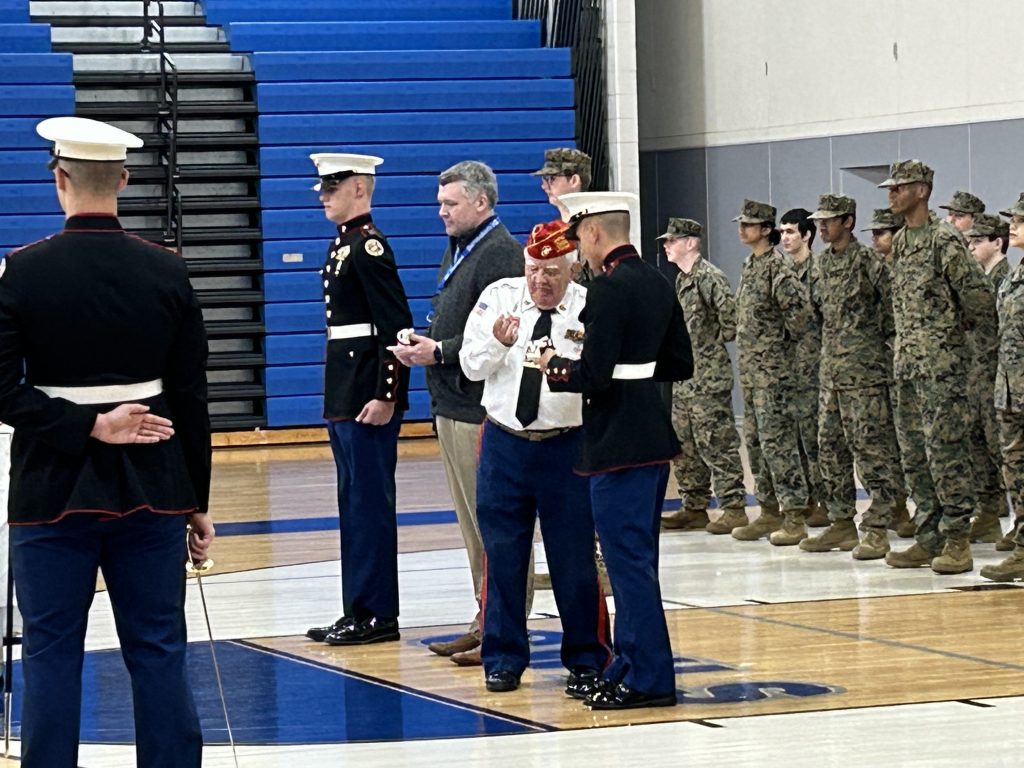 The oldest Marine present was Corporal Charles Trainor, who enlisted in the Marine Corps on Aug. 31, 1966. For 247 years, experienced Marines have nurtured and led young Marines to fill the ranks and renew the Corps. The oldest Marine passed the piece of cake to the youngest Marine present, symbolizing the passing of wisdom, knowledge and experience, as well as trust and confidence in those who will carry on the Marine Corps traditions in the future.

The youngest Marine was Private Paul Schaeffler, a graduate of Father Judge High School. Private Schaeffler is an artilleryman soon to be assigned to reserve station Bristol.