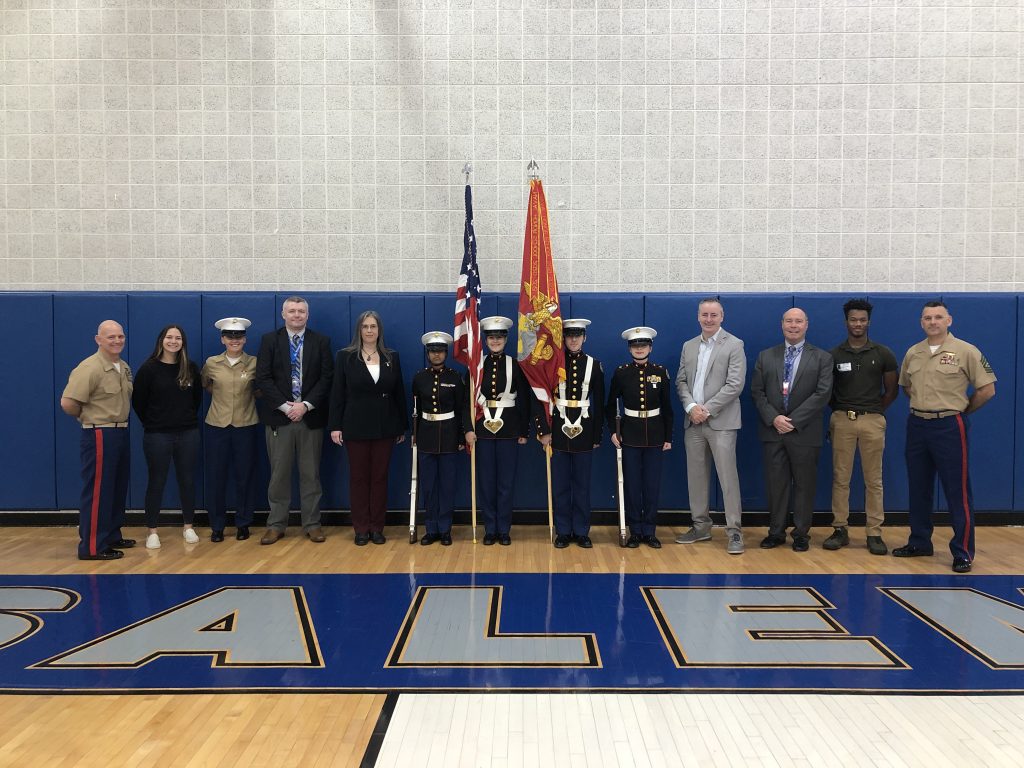 For the second consecutive year, the Bensalem High School Marine Corps JROTC was named by Headquarters Marine Corps as a Naval Honor School for its overall efforts during the 2021-22 school year. This distinction is only given to Marine Corps JROTCs considered the top 20 percent of programs nationwide.

Announced initially and bestowed upon the Bensalem MCJROTC at the beginning of this school year, the ceremony to officially hang the streamer to their unit colors was delayed as the JROTC awaited the return of former cadet Executive Officer and now U.S. Marine Corps Private First Class Alayna Schnorbus (BHS ‘22). She graduated from Basic Training at Marine Recruit Depot, Parris Island, South Carolina, and has now returned home.

Congressman Brian Fitzpatrick attended the ceremony and presented the BHS MCJROTC with a flag that was flown over the U.S. Capitol building.

“Amazing job by the Bensalem Marine Corps JROTC cadets,” said Master Sergeant Shawn Worthen USMC (Ret.), Leadership Studies, Marine Instructor. “Time and time again last school year, the cadets rose to the occasion and we are so thankful that the cadets are now able to enjoy the fruit of their accomplishments. It was a nice cherry on top of what we considered a most successful year.”