The Yankees beat the Pirates 2-1 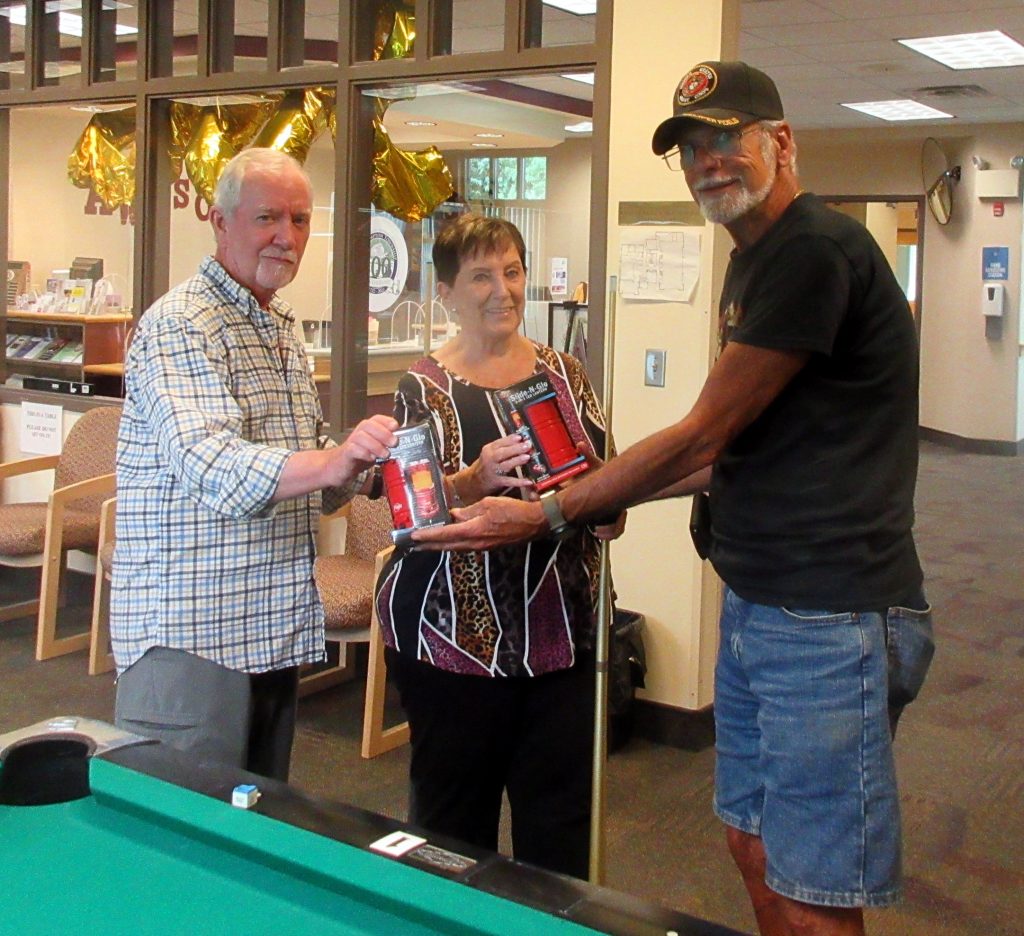 Team Yankees won the Spring-Summer League Billiards Championship on Sept. 19, during the tournament held at the James E. Kinney Senior Center. The Yankees were captained by Mike Mulkeen and beat the Pirates, captained by Mike Pate, in the final best of three round 2-1.

League commissioner Pete Palestina said the regular season league play started on April 18 and concluded Sept. 19 after 75 games were played by each team prior to the playoffs for the championship.

Pictured are Yankees team members Mulkeen and Fran Stratton with Palestina, who presented the prizes.