Two males beat up the owner of the store, located at 83 Bustleton Pike 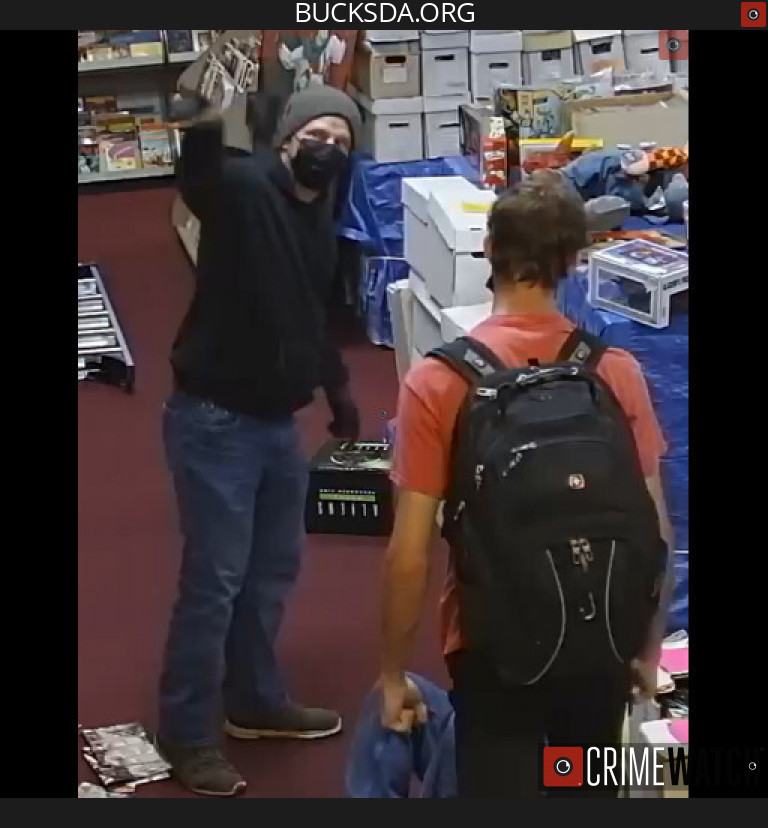 The two involved males depicted entered the store and asked the business owner to assist them in getting merchandise off a high shelf. When the owner went up the ladder, one male violently knocked him off and he fell to the ground. The two males began to beat the victim, then tied him up and held a knife to his face threatening to kill him if he did not cooperate. 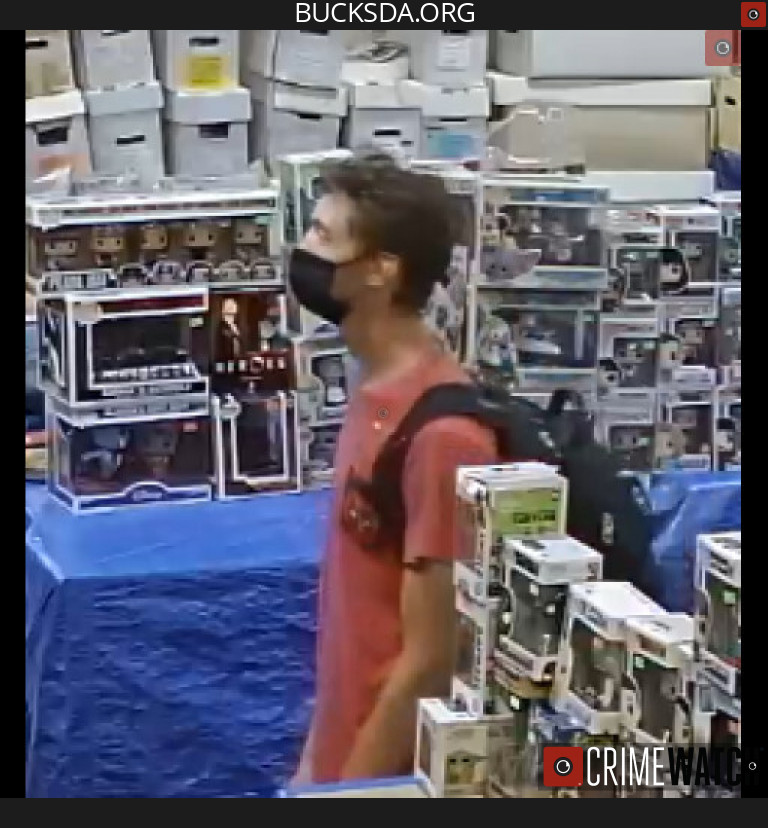 They pulled two large duffle bags from a backpack and loaded them up with a laptop, the victim’s keys, cash, comic books, Pokémon cards, action figures and other store merchandise. They emptied his wallet and left his credit cards behind. The victim suffered numerous contusions, lacerations and broken ribs. 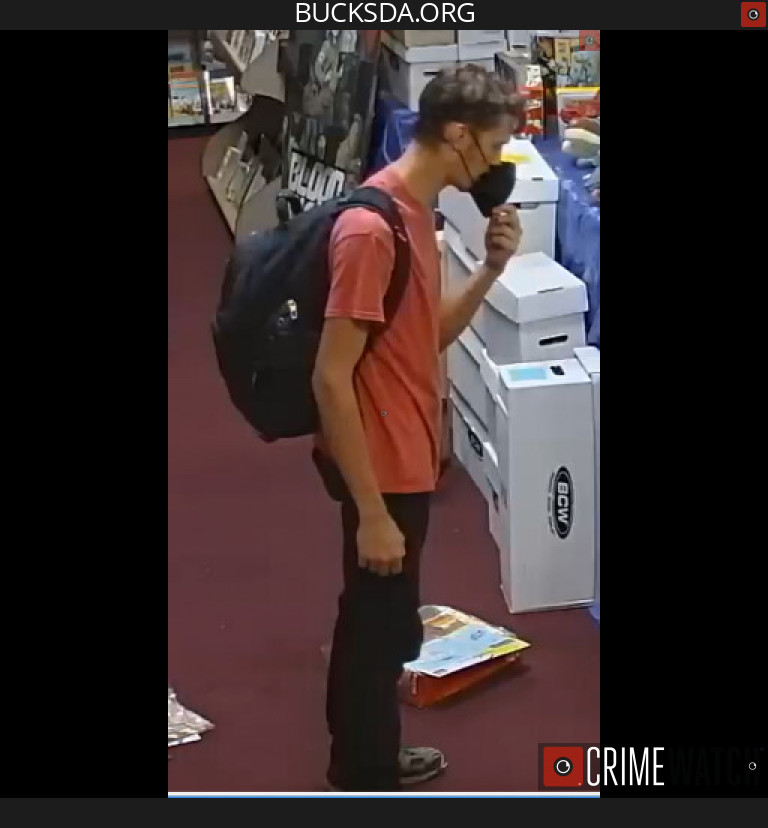 Both suspects wore black disposable latex gloves and used black zip ties to secure the victim. They left the duffle bags in the woods nearby while being pursued by police. Suspect No. 1 wore a black hoodie, jeans, sneakers, a beanie and black COVID mask during the robbery. While running from responding officers, he removed the hoodie and beanie and is seen in the photo wearing a Rolling Rock beer T-shirt. There is a distinctive tattoo on the left forearm. 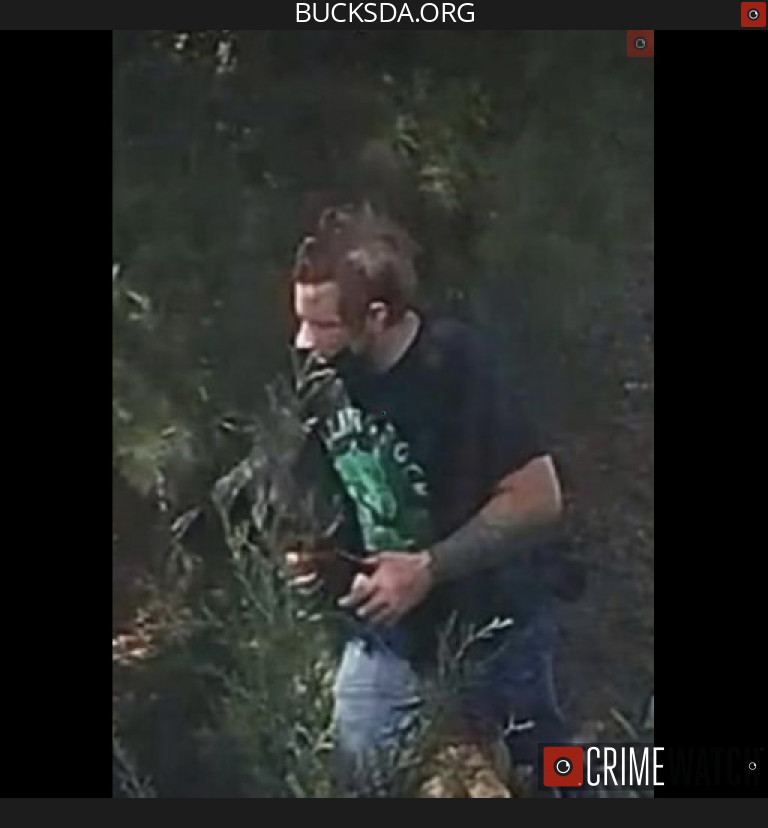 Suspect No. 2 wore a red “Deadpool” T-shirt, black pants, sneakers and a black COVID mask. The red shirt was recovered by LSPD. All the collected evidence will be submitted to the Pennsylvania State Police Crime Lab for forensic analysis. 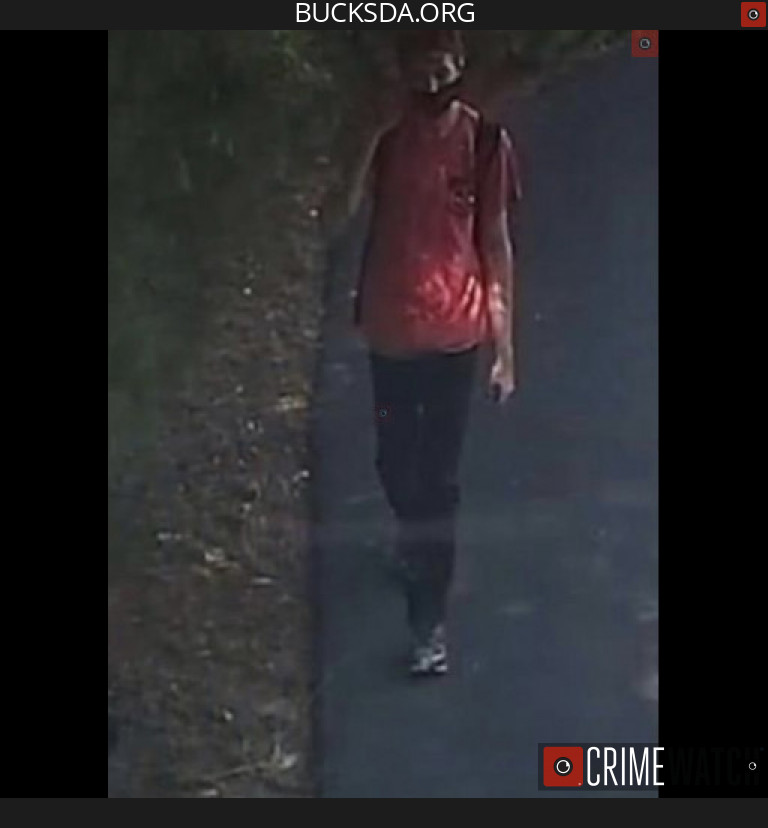 If anyone has any information about this crime or recognizes the involved males, contact Detective Dan DiLello at 215-357-1235, Ext. 408 or email rdilello@lstwp.org. You may also submit a TIP.