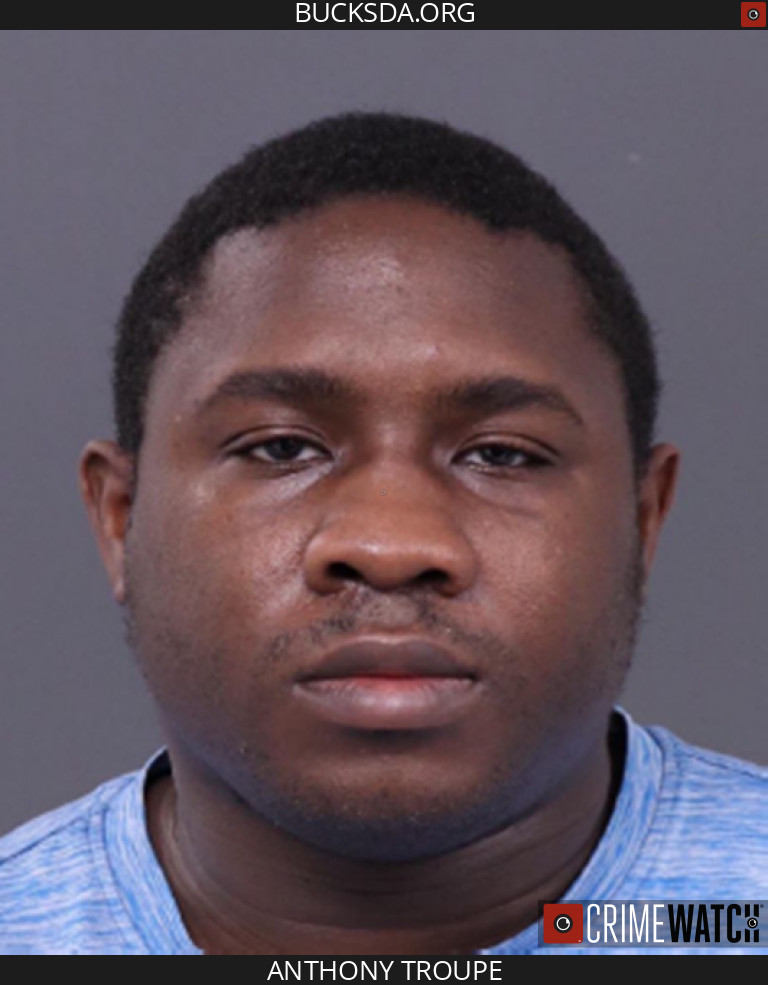 Anthony Troupe, 34, of Bensalem, was sentenced earlier this month to 24 to 48 years in state prison for sexually abusing two boys over several years and possessing and sharing child pornography.

After hearing impact statements from the victims, Common Pleas Judge C. Theodore Fritsch sentenced Troupe to 24 to 48 years in prison. Troupe was also deemed a sexually violent predator and will have to register as a sex offender for the rest of his life. The mother of one of the victims said the sexual abuse led to her son having suicidal thoughts.

“As adults, we all have a moral obligation to protect the innocent and vulnerable,” she said.

Troupe was arrested in March 2021, a month after Bensalem Detectives received a Cybertip from the National Center for Missing and Exploited Children regarding child pornography found on a file sharing and storage account. Detectives linked the account to Troupe and conducted a search warrant for child pornography at his residence, in the 5800 block of Bensalem Blvd.

In court during his plea, Deputy District Attorney Kristin M. McElroy said Troupe admitted to police that he shares and trades child pornography with others on the internet. Detectives seized several electronic devices. A forensic examination of them uncovered more than 2,100 videos of child pornography.

After his arrest, Bensalem Detectives identified two children who were sexually assaulted by Troupe. While Troupe was employed by the Hatboro-Horsham School District at the time of his arrest, the victims in the case were not affiliated with his position at the school. The investigation revealed that Troupe sexually abused one of the boys for several years starting when the boy was about 4 years old. The second boy was sexually assaulted from the time he was 9 years old until he was 14.

Troupe later admitted to Bensalem Detectives that he sexually assaulted the boys, McElroy said during his plea in January. Troupe said it began as wrestling and having fun, and then “the darkness” would come out, said McElroy.