JAWN of the Dead debuts Sept. 9 with a spooky celebration in Croydon 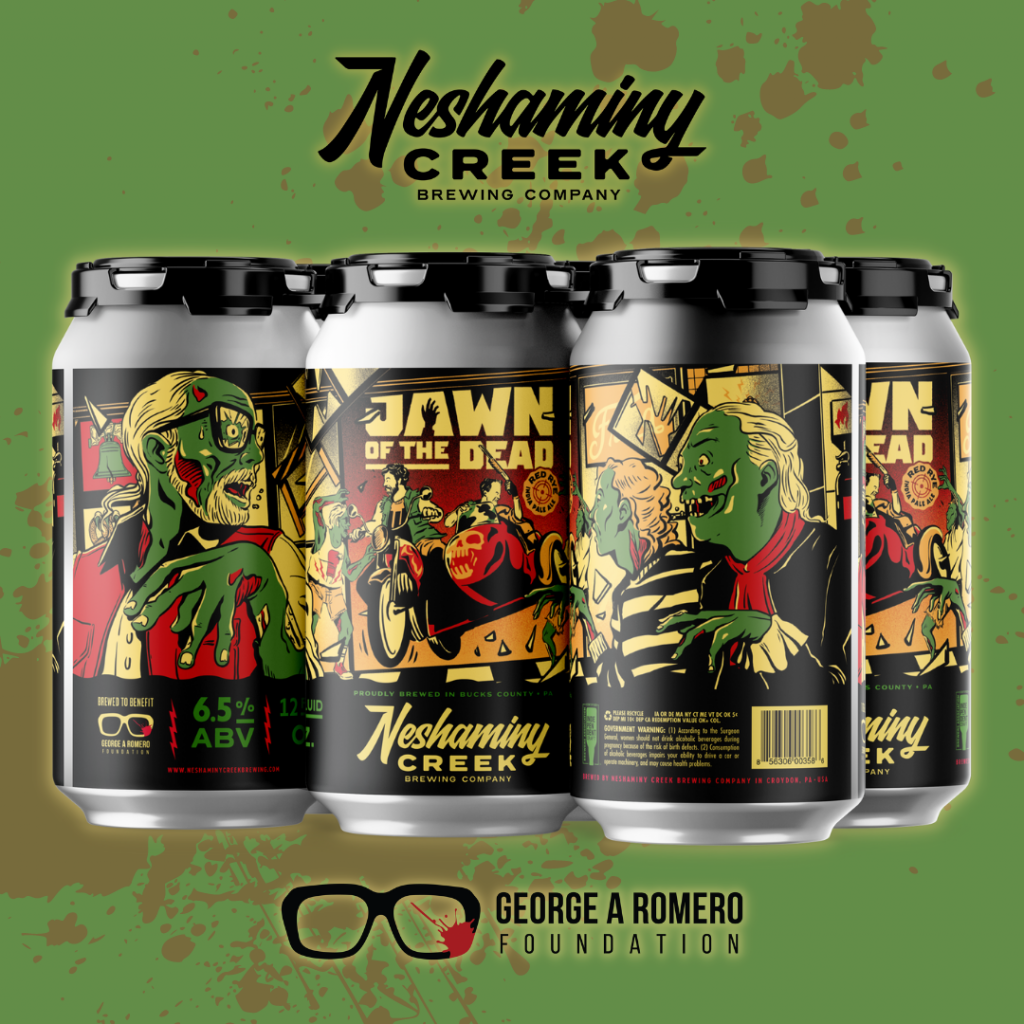 Neshaminy Creek Brewing Company is teaming up with the George A. Romero Foundation for its newest brew JAWN of the Dead, a 6.5 percent Red Rye IPA.

With 20 percent rye malt, this variation on the year-round JAWN American Pale Ale is teeming with Apollo, Ekuanot, Mosaic and Nuggets hops. JAWN of the Dead’s icy, undead body is bready and toasty with a spicy bite that accentuates a pronounced bitterness. There is no escape from the notes of pine, berries and grilled tangerine.

JAWN of the Dead will be available on tap and in cans at all three Neshaminy Creek taprooms on Sept. 9, with distribution throughout Pennsylvania, New Jersey, Delaware and Maryland. The collaboration beer will serve as a fundraiser for the George A. Romero Foundation, with 10 percent of proceeds going toward the foundation’s efforts. GARF is dedicated to honoring the life, work and cultural influence of George A. Romero, aka the “Godfather of Horror” and the pioneering filmmaker behind the Night of the Living Dead series. The foundation’s mission is to support the next generation of filmmakers and artists inspired by Romero’s legacy through scholarships and fellowships while also restoring and preserving the filmmaker’s work.

“One of the most rewarding aspects of working in the craft brewing industry has been the ability to collaborate with so many different communities. We continue to think outside of the box and because of that have been able to support the arts and collaborate with fantastic musicians, a drive-in movie theater and now a legendary name in the film industry,” said Kevin Day, resident horror aficionado and logistics manager. “When the opportunity to work alongside GARF presented itself, it was a no-brainer. This is our way to celebrate the work of a pioneer in the horror genre and give back to a community that thrives on creativity, innovation and doing it yourself.”

To locally celebrate the Sept. 9 release of JAWN of the Dead, Neshaminy Creek is hosting a screening of Night of the Living Dead at its Croydon taproom and brewery. Guests are encouraged to come in their best zombie attire and makeup to compete for a Neshaminy Creek gift card, a six-pack of JAWN of the Dead and an event poster in the Best Zombie Costume Contest. Local Harvest Pizza will be in attendance serving up fresh wood-fired pizzas all night long, and vendors like House of Mysterious Secrets will be selling terrifying wares and collectibles.