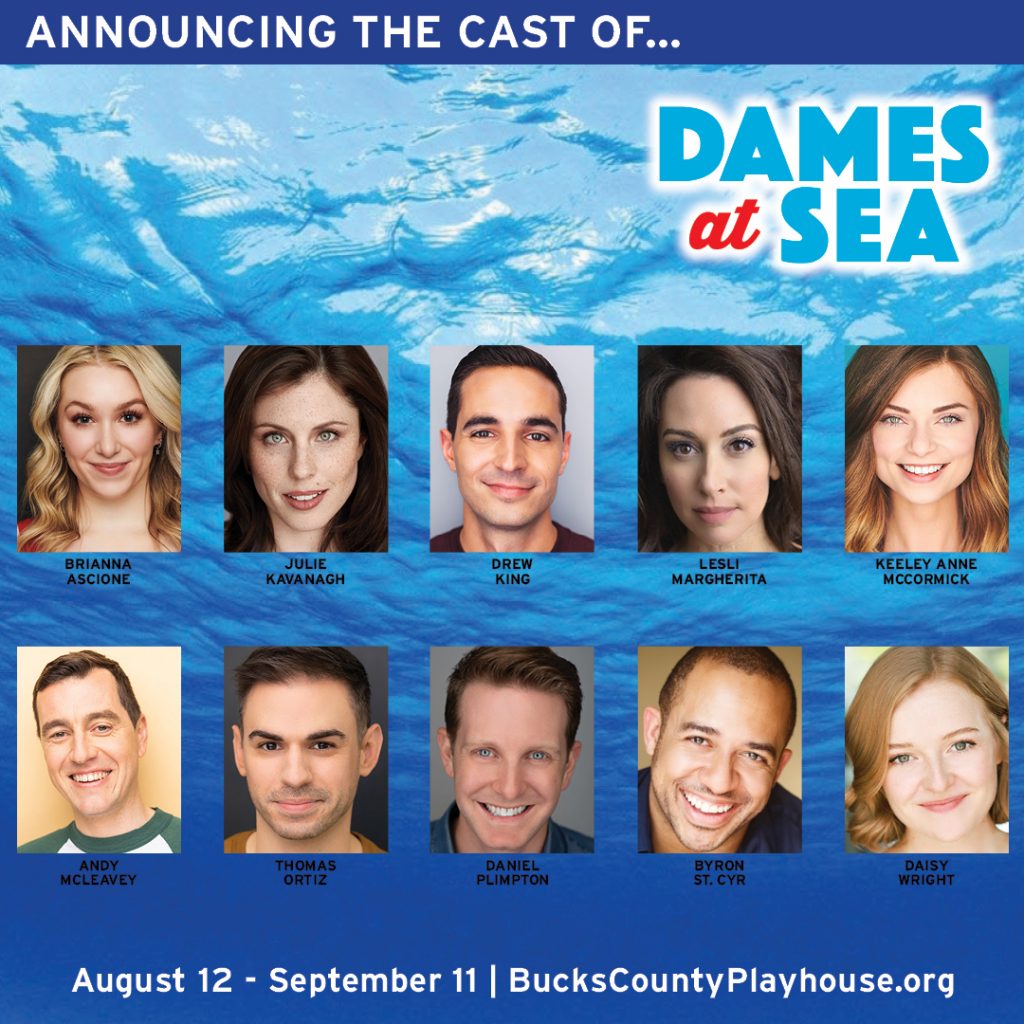 A trio of Tony-nominated artists — Randy Skinner, Anna Louizos and David C. Woolard — will recreate their work for the Broadway revival of Dames at Sea, when the light-hearted, dance-centric musical debuts at the Bucks County Playhouse, 70 S. Main St. in New Hope, Aug. 12-Sept. 11. The production begins previews Aug. 12, with an official opening performance on Saturday, Aug. 13, at 7:30 p.m. Dames at Sea is the third production in the Playhouse’s homecoming season.

With music by Jim Wise and book/lyrics by George Haimsohn and Robin Miller, Dames at Sea is a tap-happy musical, in the tradition of 42nd Street, that spoofs the high-spirited movie musicals of the 1930s. Ruby steps off a bus from Utah and into her first Broadway show, but hours before the opening night curtain is to rise, the cast learns their theater is being demolished. So, Ruby and the cast, with the help of some adoring sailors, come up with an ingenious plan to ensure that the show goes on.

“Since Robyn [Goodman], Josh [Fiedler] and I arrived at the Playhouse eight years ago, we have encouraged the Broadway creative community — especially those we have previously worked with — to come to New Hope and use the Playhouse to produce work that is no longer possible on Broadway,” said producing director and CEO Alexander Fraser. “It is a special thrill that the creative team of the Broadway revival of Dames at Sea has agreed to rethink their production for a more intimate space. We believe that this upbeat show is the perfect tonic for the times, and we are excited to bring it to Playhouse audiences.”

Also revisiting Dames at Sea is Olivier Award-winner Lesli Margherita, who is reprising the role of diva Mona Kent from the 2015 Broadway revival.

Single tickets are on sale now. Tickets start at $70. Special rates for groups of 10 or more. Season ticket packages are still available. Visit buckscountyplayhouse.org or call 215-862-2121 for tickets and more information.

The Sounds of Christmas with Joey C