A mother took to social media to share a video of her two daughters waving to Rosita during a parade, but the character gives a “no” hand gesture and keeps moving along the route. The girls’ looks of surprise are evident as the video ends.

Throughout Monday, Sesame Place trended on Twitter, with many seeing it as a racially-motivated incident given that the two girls are Black.

In response, Sesame Place released a statement on Instagram: 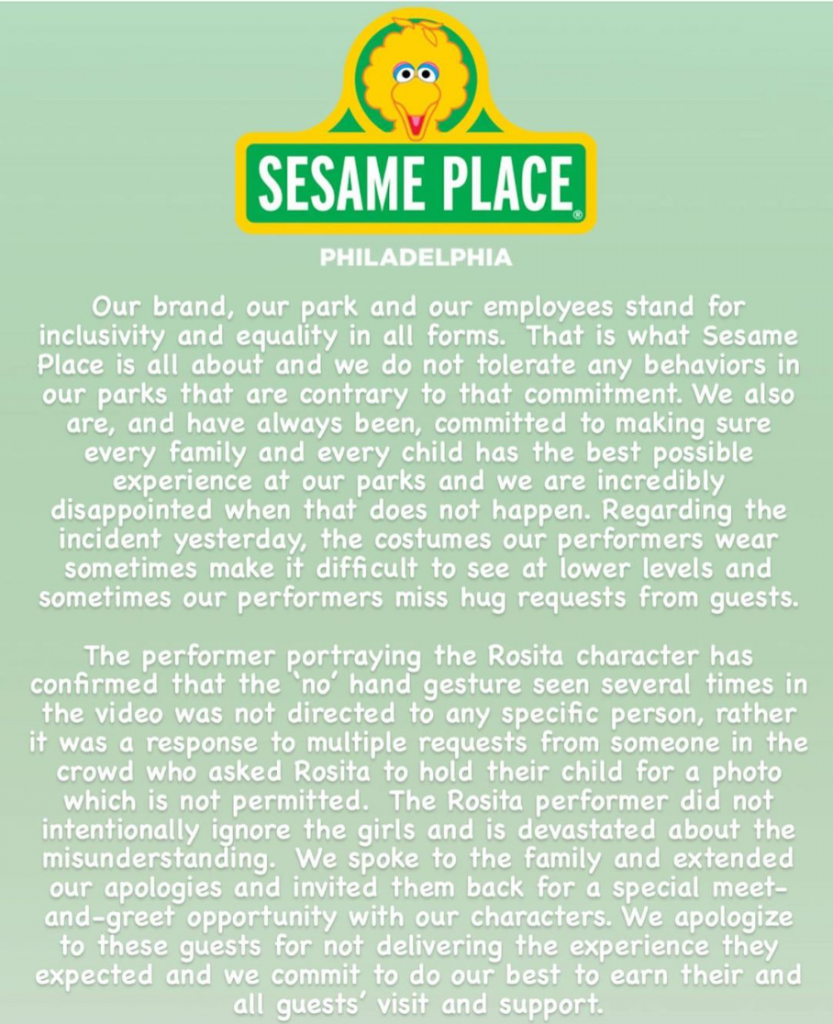 Many, including Destiny’s Child singer Kelly Rowland, aren’t accepting Sesame Place’s apology and feel the park needs to do more, especially since other videos have surfaced of Rosita allegedly overlooking children of color.

On the other hand, a number are fiercely defending the Sesame Place worker inside the Rosita costume. They’re highlighting how difficult it can be to see through the bulky head, not to mention the heat exhaustion that’s surely felt walking around in the furry suit on a 90-degree, sunny day.