The July 23 fundraiser features a screening of the Denzel Washington movie, autographs and photos 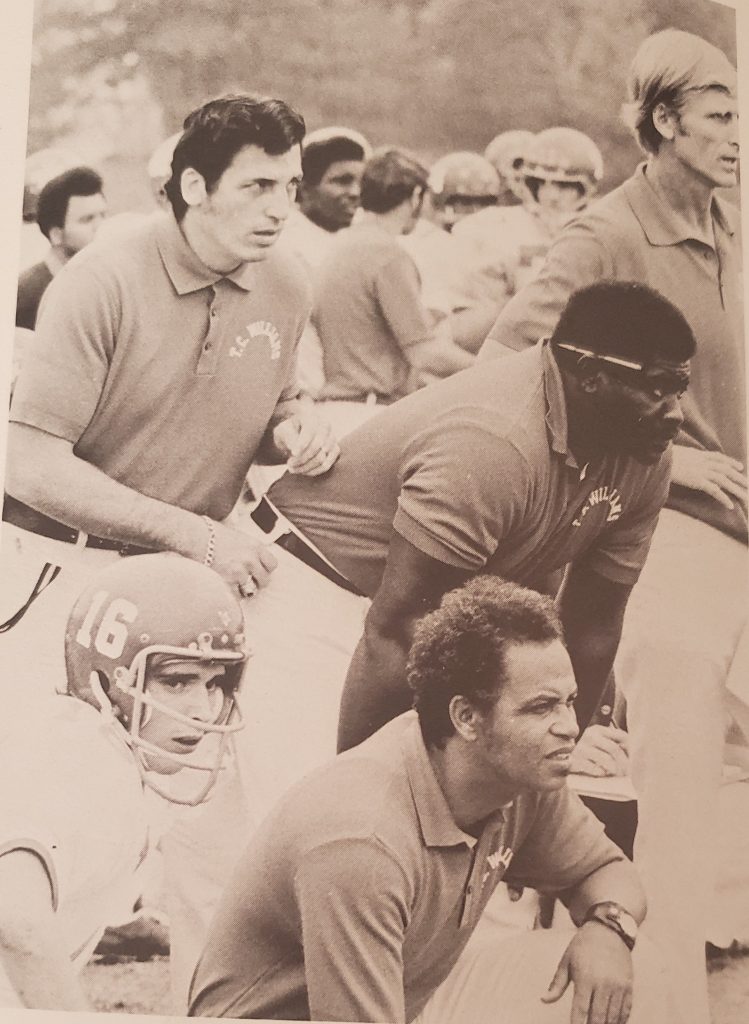 Players from the 1971 Titans football team from T.C. Williams High School in Alexandria, Virginia, will be on hand for a July 23 community fundraiser to benefit William Tennent Football Boosters.

“Night with the ‘71 Titans” features a meet-and-greet, autographs and photos with five players and a cheerleader from the team whose story of integration inspired an award-winning movie, which featured performances from Will Patton, Ryan Gosling and Denzel Washington, who played coach Herman Boone.

Guests can also pursue a museum of memorabilia, which includes a football jersey from the Remember the Titans movie set, as well as the team’s history. Afterward, the 1,900-seat auditorium at William Tennent High School will show the movie, which made its initial debut nearly 30 years after the historic team’s season.

Members of William Tennent’s Panthers football team will also be available for photos during the event and will sell special limited-edition Panthers/Titans event gear, with all proceeds benefiting the high school’s 2022-23 football program.

“Football is a game that is more than just what happens between the lines,” said William Tennent football head coach Richard Clemens. “The knowledge and opportunities gained from participating in the sport far transcends any other sport that I know of, and I can’t think of any other better example of that than the Titans.”

“Extracurricular activities enable students to learn valuable character traits and ideals, such as teamwork, time management, dedication, leadership and sportsmanship,” said Creighton. “The life lessons we can all learn from these past titans of the gridiron will mold us into better human beings.”

“Night with the ‘71 Titans” takes place at 333 Centennial Road in Warminster, beginning at 5 p.m. with a meet-and-greet, autographs and photos. From 5 to 6:45 p.m., guests can view the museum on the second floor of the high school. At 7 p.m., Remember the Titans will be screened. Cost is $10. All proceeds benefit the 2022-23 William Tennent Panthers football team. Tickets are available here or by emailing wtfbboosters@gmail.com.