If approved by the school board in June, Truman would be the first PIAA school in Bucks County 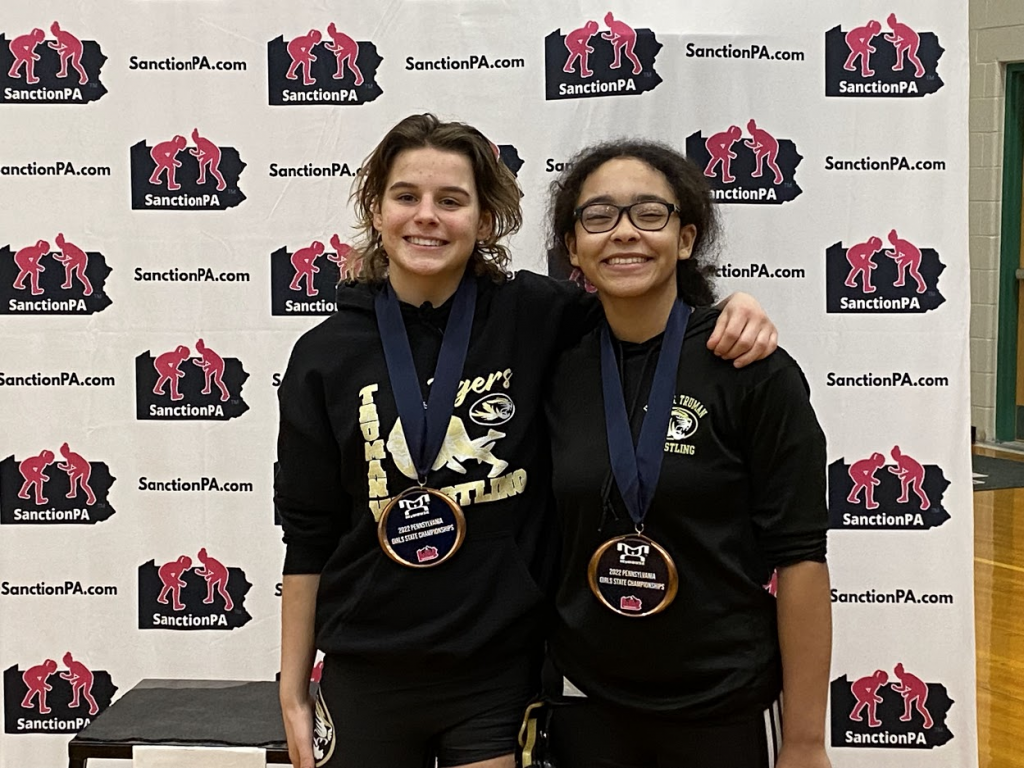 Pending school board approval in June, girls wrestling – the fastest-growing high school sport in the country – will be added to Harry S. Truman High School next year. If Truman is the next PIAA school to add girls wrestling, it would be the 37th PIAA school and the first in Bucks County.

Granted Emerging Sport Status by PIAA, girls wrestling is on the path to becoming a sanctioned sport by the PIAA. To become sanctioned in PA, 100 member schools must form official girls teams and compete in five competition points.

“This is an opportunity to do something other schools are looking into and be a leader for them,” said athletic director Rob Findlay. “As girls wrestling becomes a PIAA event, we’ll be at the cutting edge of it.”

“Years from now, girls will look back and see the impact these two made as trailblazers into the most popular emerging sport in the nation,” said Findlay.

With over 300 girls from 115 different schools, Couillard and Dias had to overcome nerves while competing at states, but were honored to come out on top.

“I enjoyed the journey to placing on the podium,” said Couillard. “From the start of the year, I made it my goal to bring something home from states, so it was actually a relief and an award for all those practices to pay off.”

Dias also enjoyed the experience. She said, “Winning fourth and being able to stand on the podium after coming back from what I believed was a season-ending knee injury was a great accomplishment of mine and I am beyond proud.”

Couillard and Dias have both been competing on the boys wrestling team since seventh grade.

“It is very challenging, but there is always a great reward when you win against a guy,” said Dias. “My team is really supportive, they always hype me up before a match and cheer me on throughout, especially when I slam someone. I also receive amazing support from the parents.”

Many other girls do not feel comfortable wrestling boys, and Couillard admits she felt insecure and intimidated by them at times. She said, “However, spending all those days of sweaty and intense practices are what slowly turned them into my family.”

Looking at this from an equity standpoint, Findlay said adding a girls wrestling team was the best option.

“More female athletes will have the opportunity to compete in girls wrestling, a sport they want to participate in,” said Findlay. “They’ll have a chance to win state medals and be part of a great program.”

To form a girls wrestling team, there is no minimum number of students that need to participate and the budget is minimal. The equipment is the same as what the boys team uses and they can practice alongside or after the boys.

Couillard and Dias are both very excited to start a girls team.

“I’m looking forward to and am very excited that us girls are finally getting the recognition we deserve and worked hard for,” said Couillard. “Hopefully with the new addition, it’ll encourage more girls to come out and wrestle and not have to worry about going against males if they don’t feel comfortable.”

“It gives girls a chance to step out of their comfort zone and feel supported by other girls instead of feeling intimidated by the boys,” said Dias.

The girls will maintain the right to “dual roster” and be part of the boys wrestling team, as well.

“This new classification will help us as we strive to get a full roster of girls and allows us to enter into team dual events, as well as the individual girls tournaments that are beginning each year,” said Findlay.

For any girls interested in girls wrestling, Couillard and Dias said to try it and give it a chance.

“Wrestling is a great workout, builds confidence, and will teach you to protect yourself and be able to think a couple steps ahead,” said Dias.

Whether you’re trying it for the first time or already have experience, Couillard said, “My advice is to not worry about how you did yesterday. Work on who you want to be today.”

Sign-ups for girls wrestling will begin in the fall of 2022.