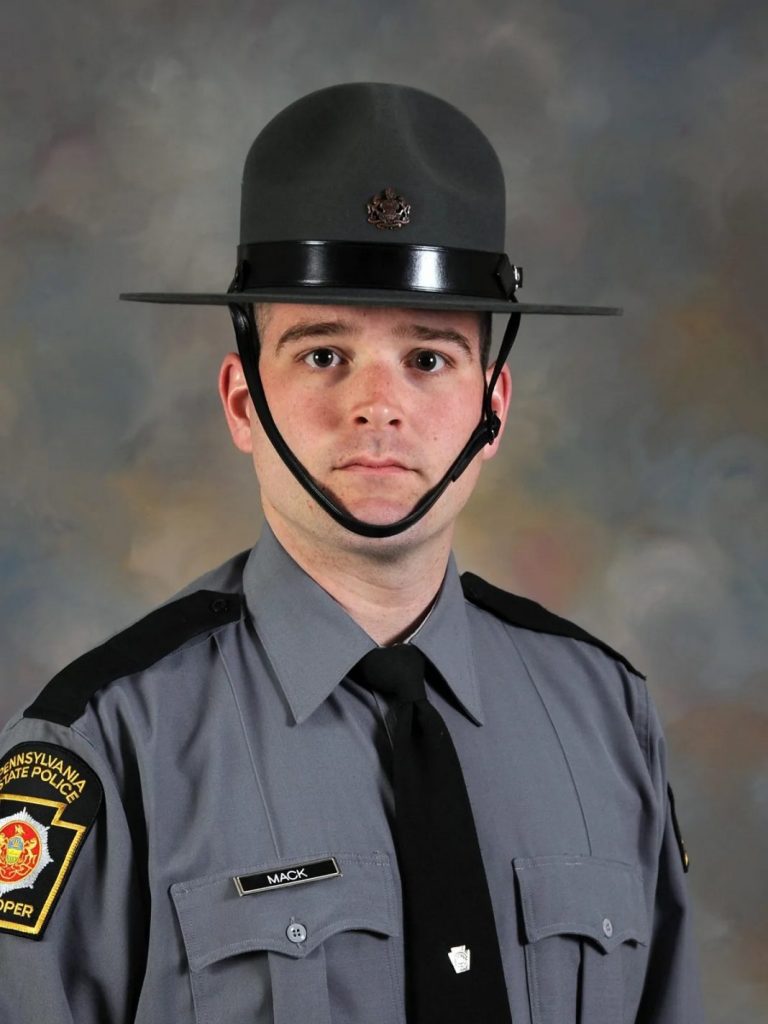 The Pennsylvania State Police honored the department’s fallen troopers in conjunction with its 117th anniversary. PSP was established by Gov. Samuel Pennypacker on May 2, 1905, making it the first uniformed police agency of its kind in the United States.

Homage was paid to four members who died in the line of duty since the last in-person ceremony in 2019, including Trooper Martin F. Mack III, of Bristol Borough, who, along with Trooper Branden T. Sisca, died on March 21 after being struck by an intoxicated motorist.

“This year has been extremely difficult for all of our personnel as we solemnly etch additional names to the memorial wall,” said Colonel Robert Evanchick, commissioner of the Pennsylvania State Police. “The 102 names etched into the wall not only represent the individual troopers who died in service to the commonwealth, but also the sacrifices of family members and loved ones who suffered their loss. Today we honor all those who laid down their lives and will ensure their contributions to our department are never forgotten.”

Gov. Tom Wolf marked the occasion by proclaiming May 2 as Pennsylvania State Police Day in the commonwealth.

The ceremony included a moment of silence, rifle salute and helicopter flyover, as well as the reading of the names of all 102 fallen troopers. An online version of the PSP memorial wall, including photos and biographies of each member who died in the line of duty, is available at psp.pa.gov/memorial-wall/Pages/The-Memorial-Wall.aspx. Visitors are welcome to view the PSP memorial wall and search the computer kiosk inside the PSP Academy to learn more about each member who died while in service to the people of Pennsylvania.