The newest addition to the series drops April 8, with a Creek-i-Tiki Luau party set for April 23 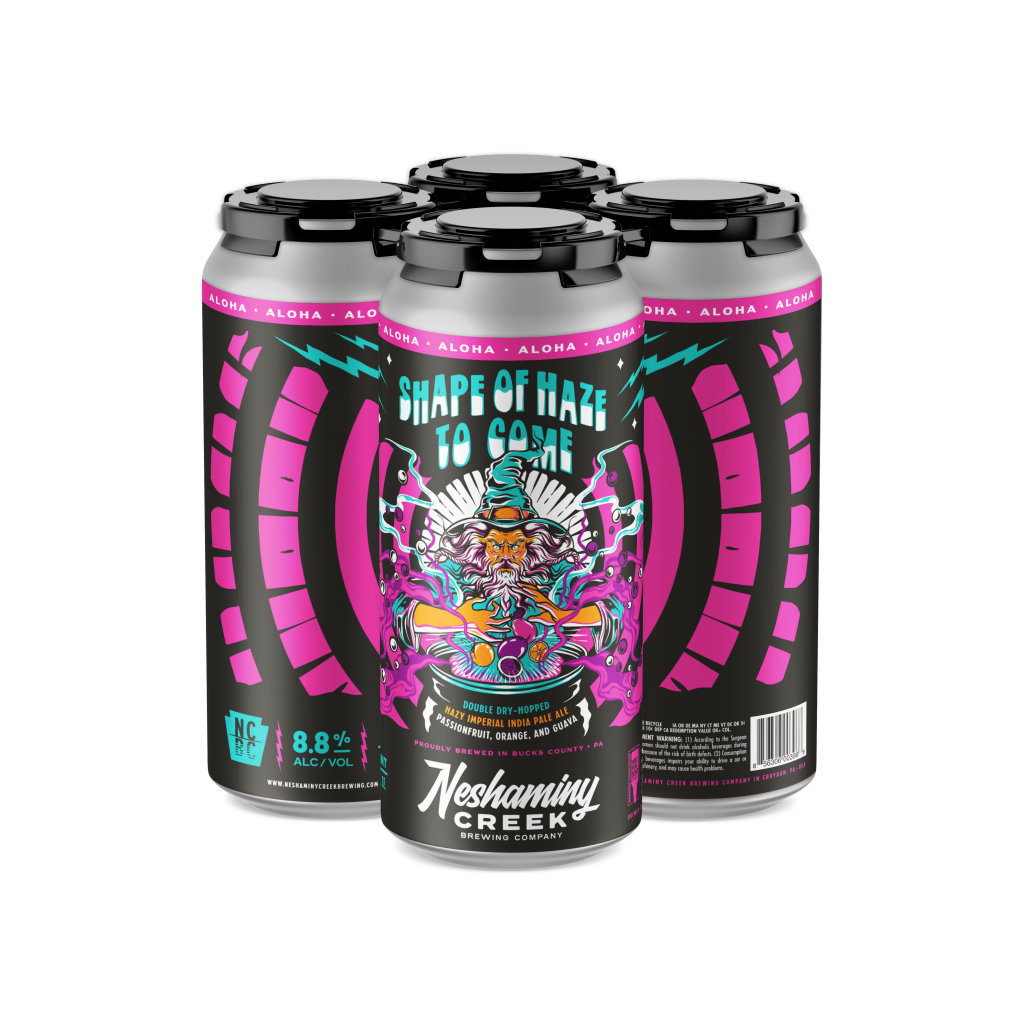 Neshaminy Creek Brewing Company announced the newest addition to the Shape of Haze series — Aloha Shape of Haze, a double dry-hopped hazy imperial Indian pale ale with passionfruit, orange and guava inspired by Hawaiian POG juice. It starts with a base of white wheat, flaked oats and flaked wheat. The combination of hops is then combined with the fruity flavors and sits at 8.8% ABV.

Aloha Shape of Haze will be available in 16oz cans and sold as 4-packs throughout Pennsylvania, New Jersey, Delaware and Maryland starting April 8, with a suggested retail price starting at $20. It will also be available at all three Neshaminy Creek Brewing Company taproom locations — Croydon, New Hope and Dublin — as a draft, in addition to cans, for $8.

To celebrate the release, Neshaminy Creek is hosting the first-ever Creek-i-Tiki Luau on April 23 at its Croydon Taproom & Brewery. The luau vibes will be flowing with live music from Philadelphia’s Slowey & The Boats and vinyl sets from DJ Hi-Tide. The party will feature a variety of food trucks and vendors, including cocktails from Maggie’s Farm Rum, Dole Whip and other treats from Salty Pineapple, authentic Thai cuisine from Thai Jai Dee, vegan Hawaiian grub from Tutu Mary’s and more. The party will be from noon to 7 p.m., with beer and entertainment flowing the entire time.

“Being able to continue to create new versions of the ultimate fan favorite in our Shape of Haze series is such a fun project to work on and we love seeing guesses on what the next flavors will be,” said head brewer Jason Ranck. “Using our brewing creativity and trying new things is always awesome, especially when you know people will enjoy drinking it.”