A check for $535,000 was delivered to the township earlier this month 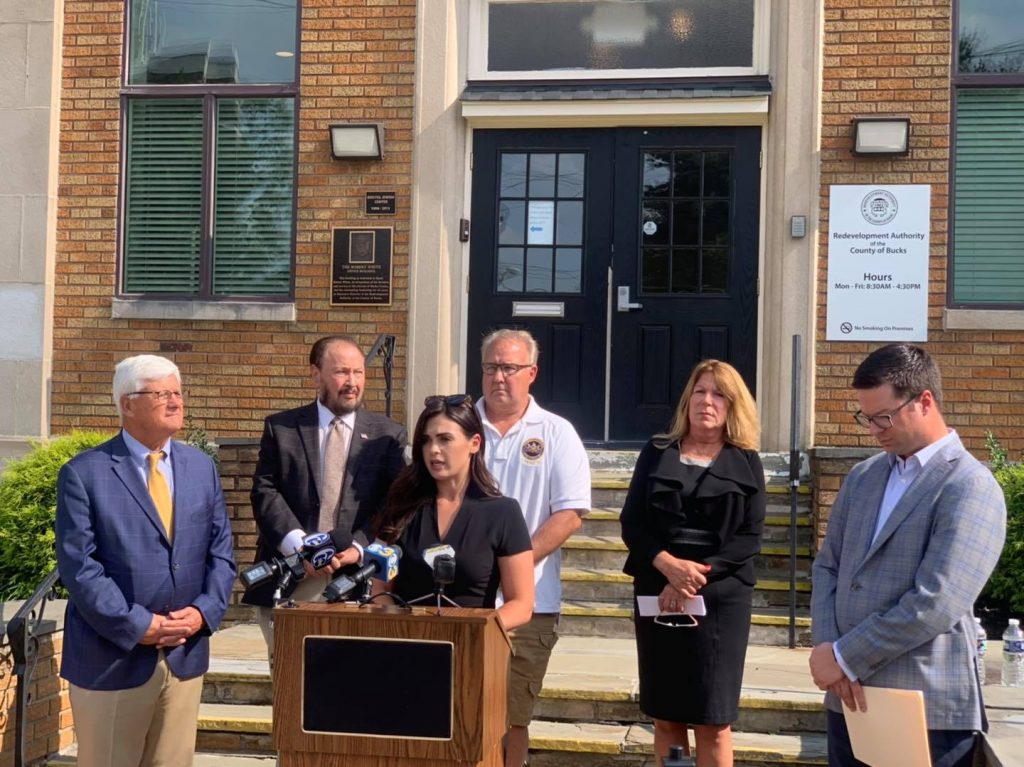 Rep. KC Tomlinson announced that she has secured grant money for Bensalem Township to help defray the costs of damage caused by the July 12 flooding that damaged 1,100 properties.

While Bensalem was pummeled with constant rain, Bensalem’s leadership team, along with its first responders, worked to save lives.

“While many of us were safe in our homes, our first responders were conducting water rescues along Bristol Pike, and the township public works department worked continuously to clean up after the storm,” Tomlinson said.

Soon after Tomlinson surveyed the damage, she immediately contacted House leadership to help secure funding that would not only help her neighbors, but also the township.

“Under the guidance of Mayor Joseph DiGirolamo, Bensalem Township did everything in its power to help its residents,” Tomlinson said.  “When the community needed its local government the most, it stepped up.”

Tomlinson hoped all the costs would be reimbursed by a State of Emergency declaration, but she was disappointed to learn that this would not be the case.

“We were informed there wasn’t enough damage incurred by the residents and the township,” Tomlinson said. “This was completely and utterly unacceptable. I am proud to work with my team in the district and in Harrisburg to announce that this money is coming back to Bensalem. I know this money will go a long way in making sure that the residents of Bensalem will always have a safe community to call home.”

The money was distributed to Bensalem Township through the state Department of Community and Economic Development.

These funds will be used to offset township expenses and to repair infrastructure, including inlet boxes, drainage pipes and storm sewer pipes. It will also be used for tree removal, to reduce sediment buildup and cover other emergency services costs.

“I want to thank Rep. Tomlinson for her efforts; she went above and beyond to find a way to secure this money, which will help continue to keep our community safe during the worst of times moving forward,” DiGirolamo said.

Money was also distributed to homeowners through the Neighborhood Flood Assistance Program created by Tomlinson, along with Sen. Tommy Tomlinson and Rep. Tina Davis.

Homeowners who had damage can still apply for funds through the Neighborhood Flood Assistance Program at bcrda.com/

The Sounds of Christmas with Joey C