Findlay previously worked in the district from 2003-2016 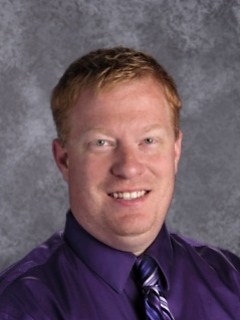 Bristol Township School District recently welcomed back Robert Findlay as the new athletic director and an assistant principal of Harry S. Truman High School. He previously worked in the district from 2003-2016 and graduated from Truman in 1997.

“It feels a lot like coming home,” said Findlay. “I’m friends or family with a lot of people in the township, so it’s a really nice feeling to be able to come back to this community again.”

For the past five years, Findlay has served as the athletic director and an assistant principal in Council Rock School District.

“I learned a lot at Council Rock and can now bring an outside perspective and new skills to create an even better version of Truman High School,” he said. “The biggest thing is giving students the opportunity to get the best education in the four years that they’re at Truman.”

For the 13 years he worked in BTSD, Findlay taught in the math department at Truman, FDR Middle School and the Ben Franklin Freshman Academy, and served as athletic director during his last year.

He’s looking forward to being back and working with Truman’s administration.

“They have a great administration from the top down and I’m really happy to be a part of that,” Findlay said.

Findlay plans to spend much time listening and sitting in with the administration team to match the philosophy of their goals.

“I want to help in any way I can, whether that’s providing insight from a leadership perspective or experience in the athletic world,” he said.

Since 2009, Findlay has been teaching as an adjunct professor at Gwynedd-Mercy University. Findlay has extensive experience coaching and has done so at all levels, from 4-year-olds to varsity athletes. Currently, he coaches t-ball for a local youth organization and also coaches soccer and basketball for Holy Family Regional Catholic School.

In addition to being a Truman alum, Findlay earned his B.S. in secondary education from Penn State University and his master’s in education administration with a K-12 principal certificate from Gwynedd-Mercy University.

“BTSD is happy to welcome Rob back as he is a positive asset to our team,” said Superintendent Melanie Gehrens, Ed.D. “We look forward to having him in our administration.”