Continuing its namesake’s mission of giving aspiring artists a leg up in the cutthroat music industry, the Danny DeGennaro Foundation is hosting a concert fundraiser on Sept. 26, with proceeds benefiting student scholarships at Bucks County Community College.

Featured performers include Live at the Fillmore, an Allman Brothers tribute band; Laura Fiocco, a longtime partner of the foundation who appeared on America’s Got Talent and The X Factor; Sara Nicole, a 16-year-old singer recently discovered by the foundation’s A&R director; and Bensalem’s Jim Mitchell, who will perform with his band the Repeat Offenders and whom The Times spoke with last year about signing with the newly created Danny DeGennaro Foundation Record Label and DDF Jam Publishing.

The Repeat Offenders’ album Hindsight 2020 is slated for release in early October. According to Mitchell, it boasts the band’s special brand of “outlaw country” with “a little rock and roll in there and some more traditional country.”

“We missed the whole year, and that’s really why I named the record Hindsight 2020, not for a political thing or any real thing that was going on in the world. But just because it represented everything we had done musically that year,” Mitchell explained. “We didn’t play any live shows. The only songs that we played were these 10 songs in the studio. It’ll be nice to play them in front of a live crowd and get their reactions.”

Typically, the Danny DeGennaro Foundation presents a concert closer to Halloween. However, the weather hasn’t been so cooperative.

“Last year, it just got a little too cold for us. I think it was 38 degrees around 10 or 11 o’clock at night,” said organizer Jeff Pine. “Everybody was sitting in their cars trying to keep warm. It wasn’t good. So, I thought I’d move it to the end of September. The leaves are turning, the farm is beautiful then. They have a big apple orchard on the farm. It comes alive. They’ll be picking apples and making cider and all kinds of good stuff.” 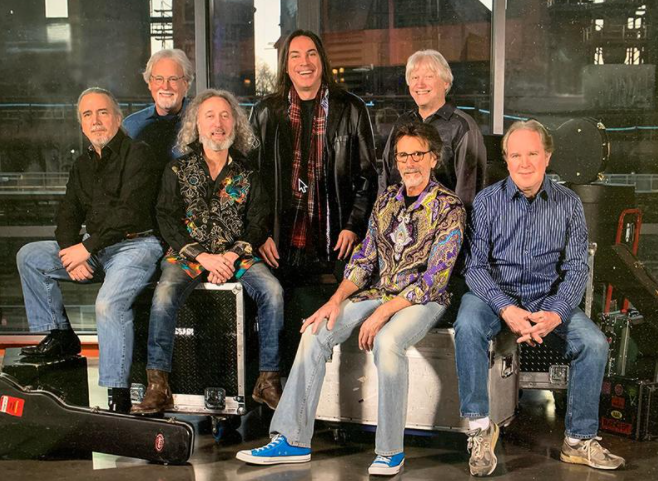 Established in 2014, the foundation aims to continue the legacy of Levittown musician Danny DeGennaro, who was killed in December 2011. Members of the foundation strive to assist artists and musicians through mentoring opportunities, booking live performances and video shoots, and granting them the chance to record music. Since 2015, the foundation has awarded annual music scholarships to Bucks County Community College students. It expanded in 2017 to also offer arts scholarships. The record label and publishing company was founded in 2020 to record, release and promote its scholarship award winners and musicians signed to the label.

This includes Mitchell, who is thrilled to be making big moves in the industry after years of paying his dues.

“It’s just been crazy and fun and I’m just so excited about all of it. I waited a long time,” he said. “I’ve been out there for a long time.”

As for Pine, he told The Times with pride how the foundation was able to continue its fundraising concert tradition, even during COVID-19.

“We snuck it in last October for Halloween. Things started loosening up. Because of the colder weather, I guess it wasn’t spreading as much. I’m not sure what happened. But the governor loosened things up a bit, so I took full advantage of it,” Pine said. “We had a few hundred people at that Halloween concert. The bands and everybody were appreciative because it was such a down time with COVID. We were fortunate to fit it in and no problems, no COVID incidences whatsoever.”

Attendees at Apple Jam are invited to bring lawn chairs and blankets to sit outside, though some chairs will be available on-site. In the event of inclement weather, the concert will be held inside The Barn, which Pine, an electrician by trade, transformed into a live entertainment venue.