A food drive helped bring 7,380 pounds of canned goods and non-perishable food to the organization 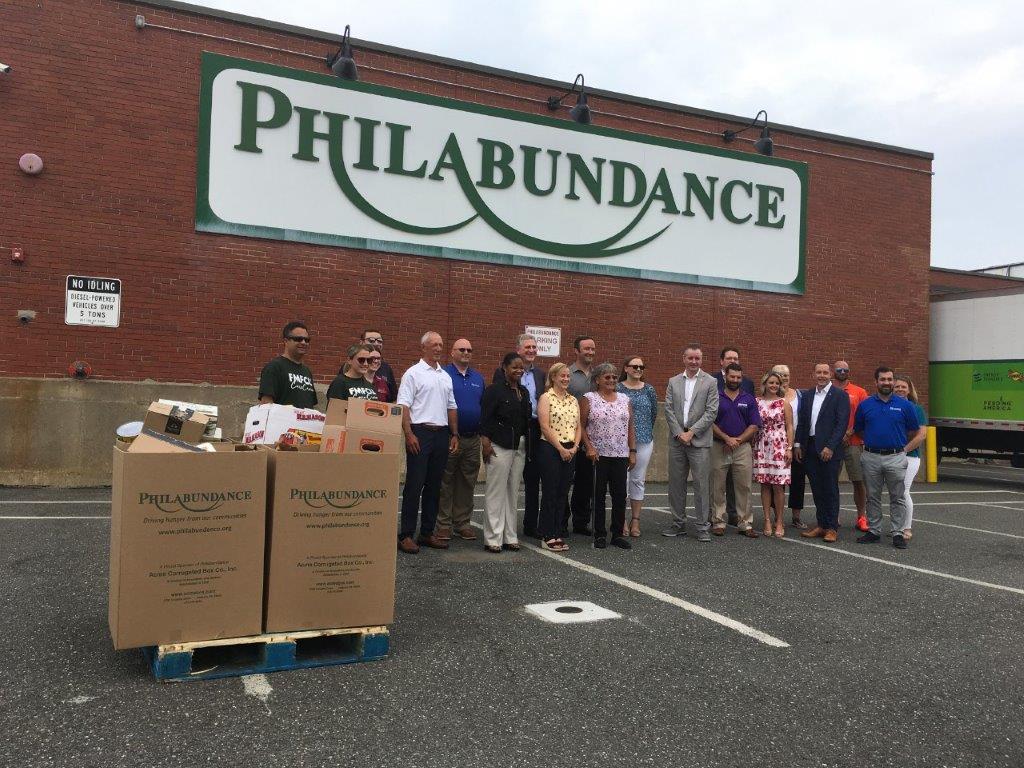 Credit unions and Pennsylvania state legislators launched a food drive this summer that has resulted in 7,380 pounds of canned goods and non-perishable food being donated to Philabundance to help replenish diminishing supplies in local pantries.

The credit unions’ branches and legislators’ offices served as drop-off sites for food donations from members and constituents. The credit unions worked with Philabundance to learn what types of food were most needed and received an overwhelming response from people who wanted to help.

At a recent press conference to announce the donations, representatives from the credit unions and elected officials visited Philabundance’s South Philadelphia warehouse and delivered pallets of requested items, such as peanut butter, tuna fish, beans and cereal.

During the press conference, U.S. Rep. Brian Fitzpatrick presented a flag to Philabundance, commemorating its service to the community through initiatives addressing food insecurity and hunger.

Additionally, several of the credit unions made monetary donations totaling over $7,000 to be used to combat food insecurity in the five-county Philadelphia region.

“The economic downturn as a result of the COVID-19 pandemic coupled with the summer cessation of school programs designed to assist children has hit especially hard,” said TruMark Financial’s chief executive officer Richard F. Stipa. “TruMark Financial is proud to be part of this initiative to ensure those affected get the assistance they need.”