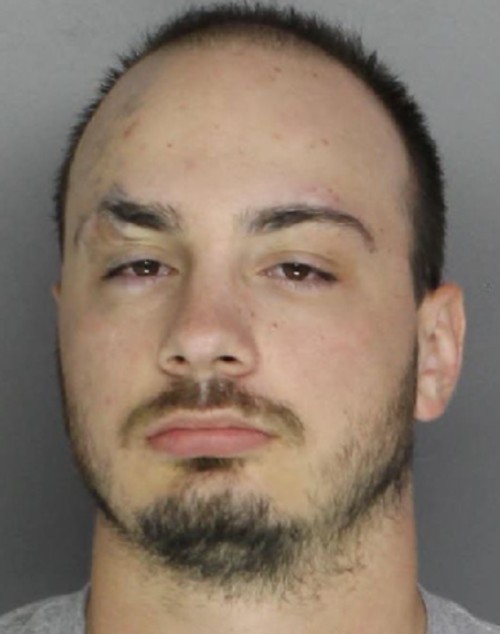 Bensalem Police recently announced the arrest of 25-year-old Ian Pisarchuk, of Bensalem, for his role in multiple sextortion cases and child pornography.

In February 2021, Snapchat provided a specific IP address that was used by the subject who attempted to extort the juvenile. Bensalem detectives were then able to determine that the IP address was associated with a residence at 3685 Skyline Drive in Bensalem Township.

On March 11, Bensalem detectives responded to that address and made contact with 25-year-old Pisarchuk, who admitted to utilizing Snapchat to communicate with girls and stated he had been “forceful.”

A forensic examination of his cell phone revealed several photographs and videos of naked females. Some have been identified as juveniles. Further investigation revealed that Pisarchuk would contact these females and advise them that he had naked pictures of them and if they did not send him more videos and pictures, he threatened to post their pictures online. As a result of these threats and extortion techniques, some of these females sent him more videos in fear that he would post those he already had online.

Previously, in September of 2016, Bensalem Police investigated the suicide of a female (initials LP). At the time, it was determined that LP was harassed, threatened and extorted in a similar fashion by an unknown person on Snapchat. Bensalem detectives tracked the IP address to Kutztown University. There were too many users on the general school IP address to narrow down to a specific suspect. Bensalem Police have now learned that Pisarchuk attended Kutztown University from 2014-2018.

On June 8, Bensalem Police executed a search warrant at the residence of Pisarchuk. Several electronic devices were seized. He was taken into custody and charged with the below offenses:

Pisarchuk was arraigned by Magistrate District Judge Wagner and bail was set at ten percent of two million dollars. Pisarchuk was sent to Bucks County Prison.

District Attorney Matt Weintraub and the Bensalem Police Department fear there may be more victims out there, either at the hands of this defendant or committed by someone else. If you or someone you know has been the victim of “sextortion,” they’re urged to come forward and prevent further victimizations.