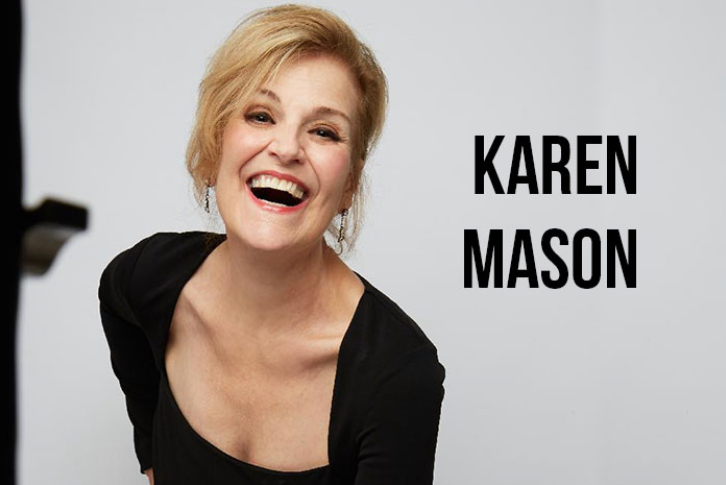 Broadway, television and recording artist Karen Mason will perform two shows at Bucks County Playhouse as part of its recently announced Broadway Spotlight Concert Series. Vaccinatin’ Rhythm will be held at the Playhouse, 70 S. Main St., New Hope, on Thursday, May 20, at 7:30 p.m., and Friday, May 21, at 8 p.m. Tickets are $40. Visit BucksCountyPlayhouse.com for more information.

This is Mason’s first “live and in the room” event in a year and a half. With her director Barry Kleinbort, and her music director Christopher Denny, Mason has put together a show that will be a night of unforgettable music, stories, laughter and joy, with a few surprises. Featuring songs by Kander and Ebb, Andrew Lloyd Webber, Stephen Sondheim, Jerome Kern and more, the music was chosen specifically for this celebratory night.

“I have been waiting for this moment for a year and a half – to sing in a theater. And what better place than one of the most beautiful and legendary theaters in America,” said Mason. “I am so excited to be on the Bucks County Playhouse stage, and to be surrounded by all those spirits of productions past.”

Mason has starred on Broadway, Off-Broadway and on television. TV credits include playing Mrs. Marsh on Netflix’s Halston and appearances on Law & Order: SVU.

Bucks County Playhouse has developed rigorous safety protocols to protect those working backstage and front-of-house, including virus testing, mask requirements for all those inside the Playhouse, frequent cleaning, Merv 15-rated HVAC filters and restricted access backstage Call 215-862-2121 for more information.

Bucks to receive Public Assistance to help with Ida damage