Wolf nominates Veronica Degraffenreid to serve as Secretary of the Commonwealth

Degraffenreid currently serves as Acting Secretary of the Department of State 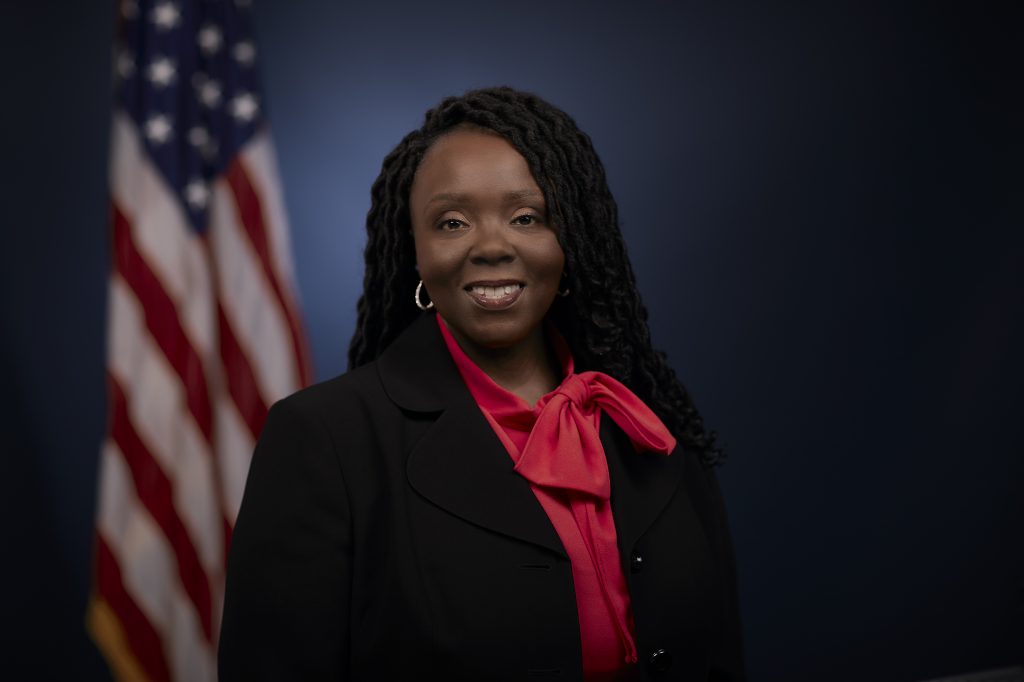 “Veronica Degraffenreid is a nationally respected expert in election administration and the perfect person to lead the Department of State,” said Wolf. “Veronica has extensive experience in operating elections from security and poll worker training to voter registration, voting site administration and modern voting systems. In addition, in her role as acting secretary, Veronica has shown excellent leadership across the department’s responsibilities, including supporting economic development through corporate filings and transactions and protecting public health and safety through professional licensure.”

Degraffenreid joined the Department of State on Feb. 10, 2020, as the Special Advisor on Election Modernization. In this role, she worked with all 67 counties to ensure support and resources during the 2020 election, including sufficient PPE to keep election workers and voters safe during the pandemic. Degraffenreid also led the first expanded county liaisons program, which matched Department of State staff with election officials in each county to provide information and more direct access to the department during a busy election year.

Previously, Degraffenreid served for over a decade in various roles with the North Carolina Board of Elections, including six years as Director of Election Operations. In this role, she managed a team of election technology and election program specialists responsible for providing training, support and administrative oversight to North Carolina’s 100 county boards of elections.

Prior to joining the North Carolina State Board of Elections, Degraffenreid was a Special Litigation Legal Assistant with the North Carolina Department of Justice for nearly 10 years, specializing in redistricting and election-related litigation.

She graduated from the University of North Carolina – Chapel Hill with a bachelor of arts degree in economics.

“I am honored to be nominated to serve as Secretary of the Commonwealth of Pennsylvania,” said Degraffenreid. “In my time with the Department of State, I have had the privilege of working with outstanding staff at the state and county levels, and I look forward to continuing our good work together to serve Pennsylvania voters, licensees, business owners, nonprofit and charitable organizations and state athletics.”