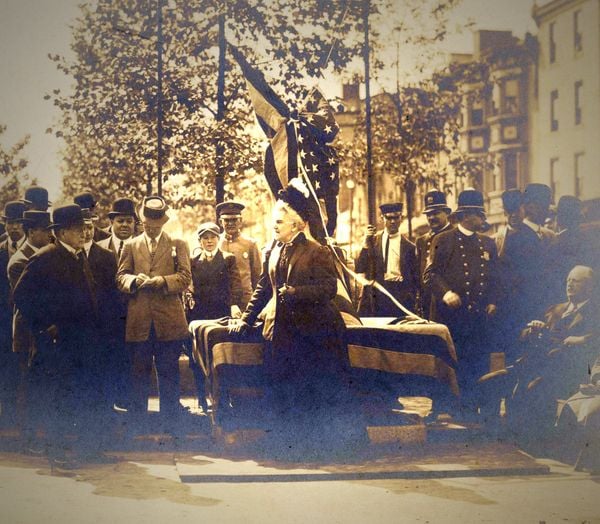 March may mark Women’s History Month, but 2021 also marks the 152nd anniversary of the animal sheltering and adoptions movement in America. It began in Philadelphia in 1869 with women – 30 of them – who formally joined forces on April 14 that year to establish Women’s Animal Center, America’s First Animal Shelter.

Outraged by the cruel manner in which strays on Philadelphia streets were captured and killed, they successfully petitioned City Council to take over the municipal pound as their initial order of business, repurposing it as the first facility in the U.S. for sheltering and rehoming animals.

Although living during an era that constrained their status as second class citizens with minimal rights, the founders of Women’s Animal Center, led by the courageous and determined Caroline Earle White, used what little voice they had to speak on behalf of the voiceless.

The power of their message continues to be told today through the daily, lifesaving work of more than 3,500 animal shelters currently in operation across the country. The extent of their influence is written on the heart of American culture itself, reflected in an estimated 85 million American households now shared with pets. Where once cats and dogs roamed the streets destined for a cruel fate in pounds or at the hands of abusers, America is now one of the most impassioned nations of pet lovers in the world, and where over 3 million cats and dogs will be adopted from shelters in 2021 alone.

The billions of lives that have been saved since the formation of America’s First Animal Shelter in 1869 are reason enough to celebrate the women who made it possible this Women’s History Month. Women’s Animal Center continues to be governed by an all-women board of directors and executive leader.

The organization will mark its 152nd anniversary on April 14 and remains dedicated to its lifesaving work. Women’s Animal Center bears great honor and responsibility to the fundamental role women have played in the founding and evolution of animal welfare in our nation, past and present.

As part of its mission, Women’s Animal Center’s Veterinary Hospital provides affordable high-quality veterinary care to families in need, making pet ownership affordable and thus keeping more animals in their homes and out of shelters. The hospital is among just 12 percent nationwide to be accredited by the American Animal Hospital Association. All proceeds raised through veterinary service fees support the shelter of the stray, abandoned and abused animals under the organization’s care.