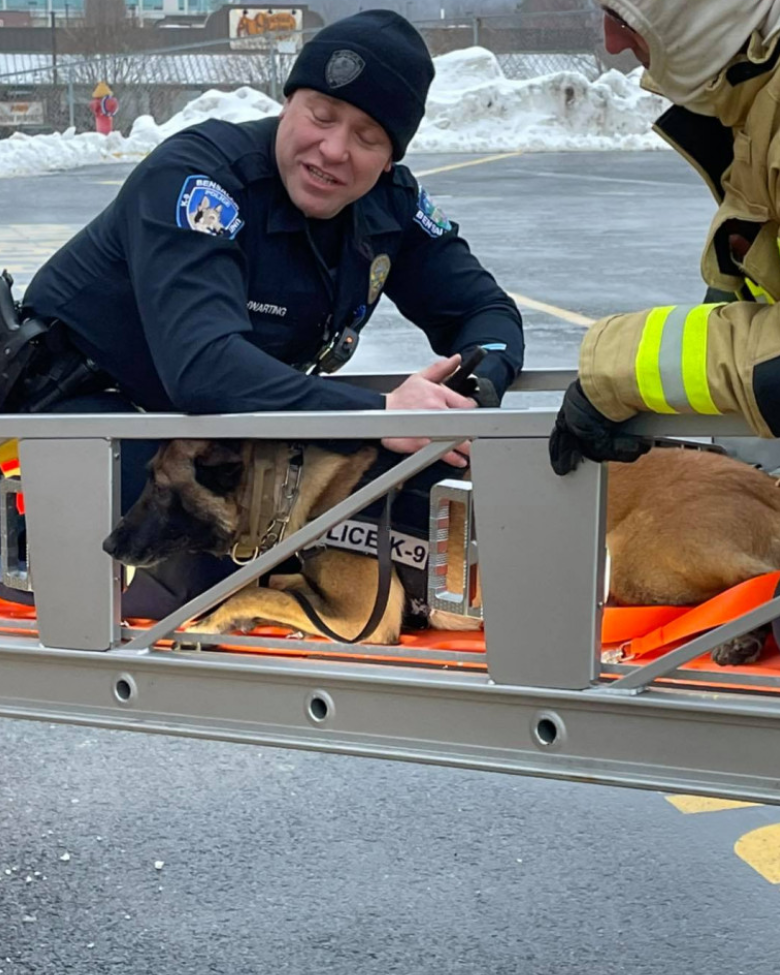 On Feb. 14, Bensalem Police responded to the report of a burglary in process at the Home Depot on Rockhill Drive. As officers arrived, the suspect Ryan McLinden, of Philadelphia, had made his way to the rooftop in an attempt to elude police.

Fire apparatus from Nottingham Fire Company responded to assist the officers in accessing the rooftop. K-9 Bowie, along with officers, made their way to the rooftop. Bowie located the suspect hiding in between the HVAC units.

McLinden was taken into custody without incident, arraigned by Judge Falcone and remanded to Bucks County Prison. Bail was set at $100,000, at 10 percent.