The team is readying itself for the Level II Qualifier, where the top eight teams nationally seek to advance to the Championship round in Washington, D.C. 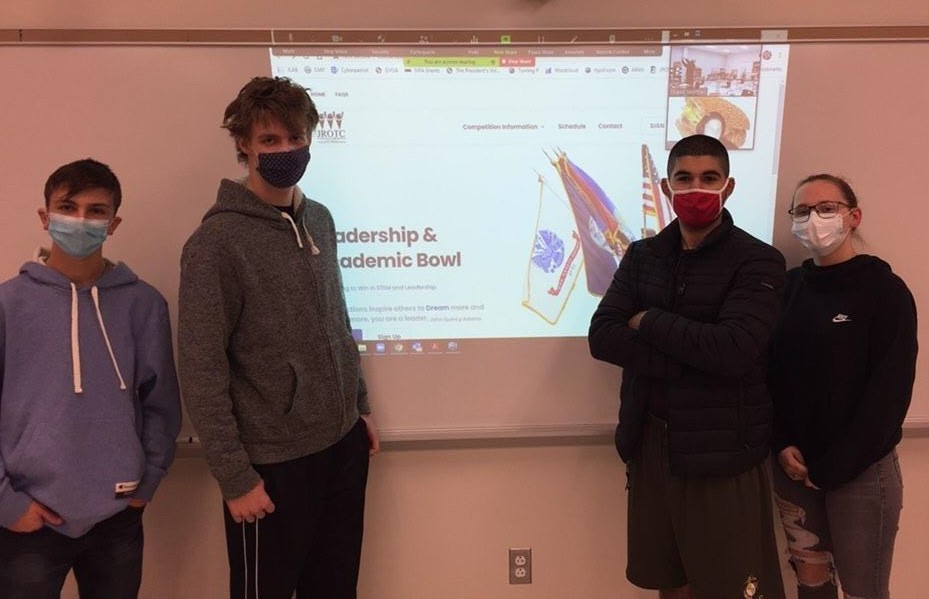 Several cadets from the Bensalem High School Marine Corps JROTC competed in the Leadership Academic Bowl, or JLAB, for 2021. JLAB is the national JROTC Leadership & Academic Bowl. The BHS team is dedicated to studying scholarly academics and the skills that surround leadership.

Over the past few months, under the watchful eye of Marine Instructor Master Sergeant Shawn Worthen and with mentorship from Cadet First Lieutenant Mohammad Kafya, the team has prepared for its Level 1 Group Test. The Feb. 1 competition results revealed the team successfully scored in the top 50 percent of all teams nationwide, advancing the BHS team into the next round. The team is now readying itself for the Level II Qualifier, where the top eight teams nationally seek to advance to the Championship round in Washington, D.C. later this year.

The JLAB is an academic and leadership competition where teams of four use the skills they are taught in the classroom and apply them in real life to compete as a team to complete the test. The material they are tested on consists of 25 percent JROTC questions, 65 percent SAT/ACT-type questions, and 10 percent current events questions. Beyond this, the cadets are faced with the challenge of a looming countdown clock during each question. They must respond in time while also working together. The test covers varied material, so each member has their own area of responsibility on the team and seeks to contribute in that area.

“The JLAB has been around for a while, but this is Bensalem MCJROTC’s first year participating in the competition thanks to the fine education they receive from our fellow teachers,” said Worthen. “These cadets have far exceeded our expectations on what was supposed to be our learning year.”

Seniors are ineligible from the competition, but they are able to assist in a mentorship role with preparing the cadets. The Cadet Mentor this year is Kafya, who will continue his own studies at Penn State in the fall.

“Coaching the team is a great experience,” he said. “It brings joy to see them grow every week by working together. We’re not a team. We’re a family.”

“Despite the many challenges this year, Master Sergeant Worthen consistently continues to seek innovative ways to engage our cadets,” said Colonel John Church, Senior Marine Instructor. “His effort and enthusiasm for this team and our program overall is inspiring and the cadets react positively to his selfless leadership. They are meeting success because, like any good Marine or good teacher, he cares.”