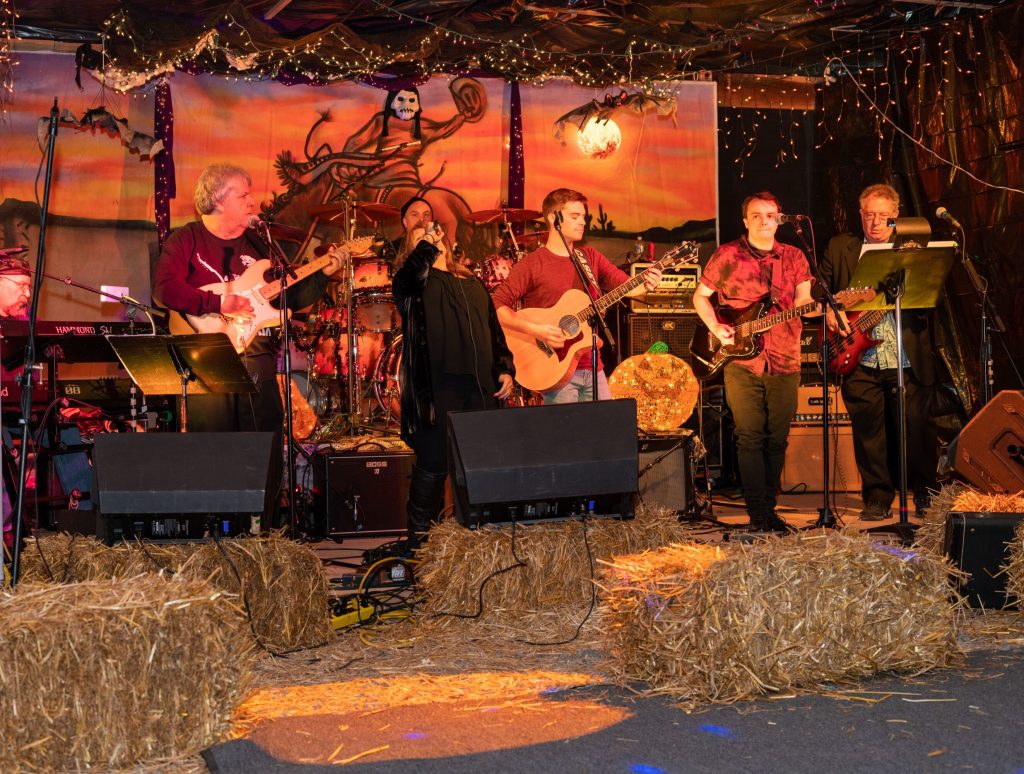 The Danny DeGennaro Foundation is hosting its annual Halloween Bash on Oct. 31, from 7 to 11:30 pm., at The Barn at Snipes Farm, 890 W. Bridge St., Morrisville.

The concert features performances from headliner Ernie White and his all-star lineup. Other performers include Jim Mitchell and the Repeat Offenders; Johnny Webb and All Lit Up; The Fredz; Johnny Chaykin; and openers Laura Fiocco and Michael Chaykin.

The idea for the show started several years ago, when foundation vice president Jeff Pine was chatting about an old barn with other volunteers of the Bucks County-based nonprofit. Pine, an electrician by trade, had a lightbulb moment.

“It was a vision, an idea that we had,” he said of the decision to convert The Barn at Snipes Farm into a local concert venue. “The barn sat there, it wasn’t being used other than storage, for years.”

Ahead of the show, Pine and his wife Terri, their team of Joe Parsons, Glen Lucas, John, Marge and Bob Elliott, artists Leon Rainbow, Ashley Urban and young artists from Neshaminy School District undertake behind-the-scenes work to prepare. They spend at least a month creating unique 12-foot-high, 24-foot-long backdrops to set the stage.

“You always see backdrops on TV,” Pine said. “We sort of take it to another level. It just adds a lot more to the concert.”

Backdrops have featured the New York City and Philadelphia skylines, Jimi Hendrix’s likeness and psychedelic images. He and the group of four to six artists have roundtable discussions to brainstorm backdrop ideas. Pine has brought in professional artists from New Jersey to help with backdrop creation and mentor young artists.

“They’re learning from some of the best in the area,” Pine said, adding that he’s always looking for artists to lend their skills for the cause. “There’s so many people out there who want to help.”

Tickets cost $30, and are available at dannydegennaro.ticketleap.com/danny-degennaro-halloween-bash-/. Social distancing and other safety guidelines will be in place. Proceeds benefit the Danny DeGennaro Foundation, a nonprofit organization focused on mentoring and providing scholarships to student musicians and artists. To get involved with backdrop creation, email Pine at firstkeystoneelectric@msn.com.

Author Kathy Peiss will discuss how librarians, soldiers and spies banded together in WWII, on Nov. 11
Read more

Members of the legislative bodies are calling for passage of police reform legislation, which would address procedures on non-lethal de-escalation methods
Read more