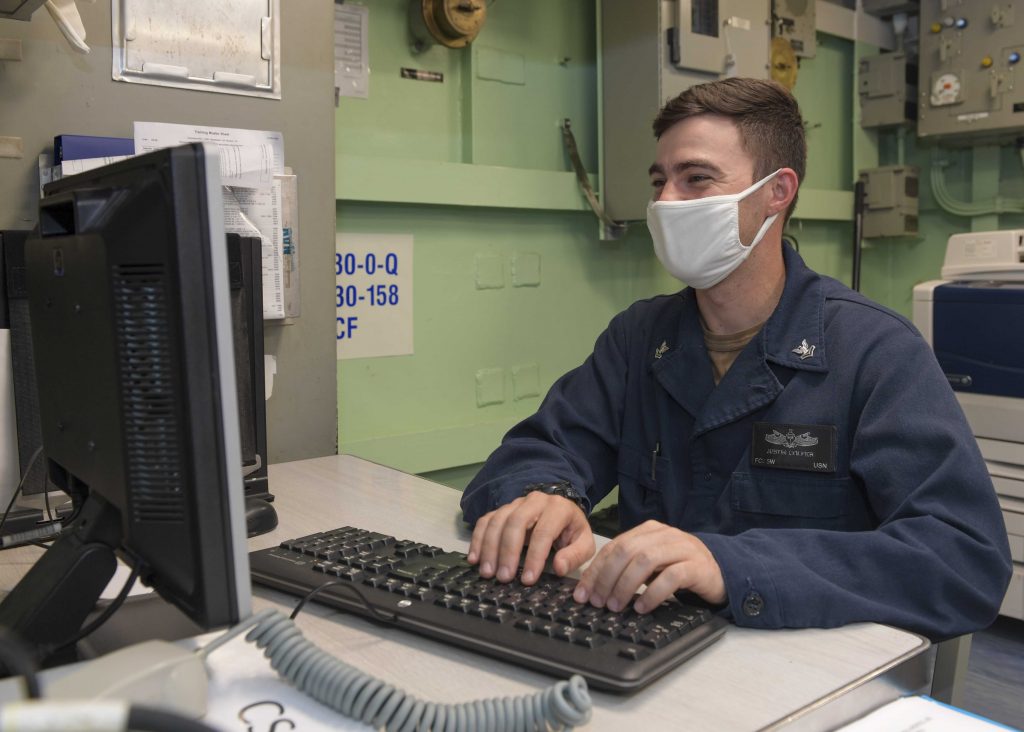 The following was submitted by Rick Burke, Navy Office of Community Outreach:

A remembrance ceremony will be conducted at Naval Station Norfolk, Virginia, on Oct. 12, commemorating the 20-year anniversary of the terrorist attack on the USS Cole. The ceremony will honor the 17 shipmates who lost their lives in service to their country.

Petty Officer 2nd Class Justin Colfer, a 2008 Pennsbury High School graduate and native of Levittown, is serving aboard USS Cole, a guided-missile destroyer, that was bombed by a suicide attack while being refueled in Yemen’s Aden harbor.

In addition to serving aboard the same ship, Colfer also shares something else in common with Chief Electronics Technician Richard D. Costelow, one of the sailors who lost their lives during the attack. They both are from Pennsylvania.

“I did not know about ETC Costelow before I joined the Navy,” said Colfer. “Although, I’ve been serving on the Cole since 2015 and it’s been so rewarding to be a part of the legacy. I did try and find out if there were any tributes to ETC Costelow in my hometown but was not able to find anything.”

The attack was attributed to al-Qaeda suicide bombers, who sailed a small boat near the destroyer and detonated explosive charges. The blast created a hole in the port side of the ship about 40 feet (12 m) in diameter, killing 17 crew members and injuring 37. Sailors courageously fought fires and flooding for the following 96 hours to keep the ship afloat.

During the memorial ceremony, a 21-gun salute will be fired and taps played to honor and celebrate the fallen service members. A ceremonial wreath, made by Cole Sailors, will be laid off the port side of the ship in memory of the Cole Heroes. The ceremony will end with a bell toll and reading of the names of the 17 heroes whose lives were sacrificed.

A number of Gold Star families will also be on hand, to offer support and pay tribute to the Cole families, and to recognize and honor those who have lost a son or daughter, husband or wife.

“Serving on board Cole is an honor and a privilege,” said Cmdr. Ted Pledger, commanding officer of USS Cole. “Today’s Determined Warriors work hard to carry on the inspiring legacy of those who went before us.”

Aboard USS Cole, there is the “Hall of Heroes” in a passageway along the mess line leading to a memorial listing the names of those who made the ultimate sacrifice. Seventeen stars are embedded in the blue-speckled deck, representing the Sailors who walked that hallway over 20 years ago.

“The aft port array was melted in the bombing,” said Colfer. “This is the equipment that I work on every day. It’s a reminder every day when I look at the array and remember what happened. It’s a constant reminder as to why I’m here protecting my family and friends back home. It’s very motivational for me when I’m doing my job. The sailors here have really good attitudes and we appreciate everyone’s support, which reminds us of why we are here to protect and serve.”

Colfer is a fire controlman responsible for maintenance and operating the ship’s primary air search and defense radar.

“I received my orders to the Cole in 2015, and said to myself, ‘I’m going to serve on a ship that is part of history and people recognize,’” said Colfer. “As I first walked up, I said, ‘This is real now,’ and was instantly reminded of the sacrifices they made to save the ship. I knew the bombing was important because my father had served in the Navy. I was in grade school during the attacks, and I can remember my parents telling me as they watched it on the news. They explained how the crew used mattresses to punt up the holes. It hit me hard when I got here and realized the sacrifices they paid. It makes it more rewarding that we’re continuing a legacy where sailors paid the price.”

Cole is named in honor of Marine sergeant Darrell S. Cole, who posthumously received the Medal of Honor for his actions at the Battle for Iwo Jima in February 1945.

Cole’s motto, “Glory is the Reward of Valor,” underscores the spirit of Sgt. Cole for his extraordinary heroism, his unwavering loyalty to his country and his bravery in facing adversity without fear. His valor and sacrifices is a direct representation of the 17 sailors who lost their lives and the crew for their heroic actions to save the ship on that fateful day 20 years ago, and the resolve and warfighting attitude the “Mighty Cole” continues to embrace.

Students will continue to learn remotely; the topic is set to be revisited at the Nov. 16 meeting
Read more
Bensalem Times

Students will continue to learn remotely; the topic is set to be revisited at the Nov. 16 meeting
Read more