Bucks County Playhouse announced the reading of Jerome Kitty’s play will make its streaming debut on Sept. 7, with all proceeds benefiting the Playhouse’s Pandemic Campaign 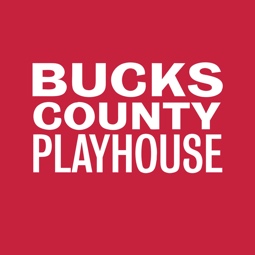 Nobody knows quite what went on between playwright (and vegetarian) George Bernard Shaw and the celebrated, yet temperamental English stage actress Mrs. Patrick Campbell (Mrs. Pat), for whom he created Eliza Doolittle in Pygmalion. But for 40 years of their very public lives, those two titanic personalities of the British theater carried on a very private affair through the exchange of letters. Full of stinging wit and deep emotion, Dear Liar brings their epistolary relationship to life, revealing not only the ups and downs of their storied careers, but also illustrating the very stormy infatuation and magnetism that pulled these spirits together even through separation, hardship and heartbreak.

Dear Liar will be streamed via a private link sent to ticket buyers the day of the reading. Early bird tickets (until Aug. 31) for the broadcast are $25. Any tickets purchased the day of the event are $35. Bucks County Playhouse subscribers who have transferred their season subscriptions to 2021 can view at a reduced rate and will be notified by email. All information and tickets can be found at bcptheater.org/DearLiar. Dear Liar is presented by arrangement with Concord Theatricals on behalf of Samuel French, Inc.

“When Mark Brokaw suggested we do a virtual reading of Dear Liar by Jerome Kitty, I thought it was a brilliant idea,” said executive producer Robyn Goodman. “Consisting of love letters, full of stormy emotions and Shavian wit, this play could best be realized in a virtual setting with the right cast. Thankfully, we have two consummate, award-winning actors, Marsha Mason and Brian Cox, to bring these extraordinary characters to life.”

“While we yearn to produce again on our historic and beloved Playhouse stage, we are proud to have this extraordinary team give new life to a text that lately has become rarely performed,” added producing director Alexander Fraser. “We’re learning more and more about bringing our work directly into the home, and we are excited to add Dear Liar to the Playhouse virtual programming library. We’ve been delighted to see our virtual audiences across the country grow. We hope this latest addition will attract theater lovers in Great Britain as well!”

The streaming broadcast benefits Bucks County Playhouse, which has launched a fundraising effort to help protect its operations during the COVID-19 crisis. The Playhouse Pandemic Campaign has three goals: preserve and protect the historic Playhouse; maintain a core staff on payroll with benefits so it can return quickly to production when appropriate; and increase earned revenue by expanding restaurant operations into the front courtyard and along the river’s edge and move entertainment and education programming online.

Cox is the lead of the hit HBO show Succession, for which he just received his second consecutive best actor Emmy nomination. Mason has received four Academy Awards nominations for her roles in the films The Goodbye Girl, Cinderella Liberty, Only When I Laugh and Chapter Two. Brokaw, on Broadway, directed Simon Stephen’s Heinsenberg, Rodgers + Hammerstein’s Cinderella, Nicky Silver’s The Lyons, After Miss Julie, The Constant Wife, Reckless and Cry-Baby.