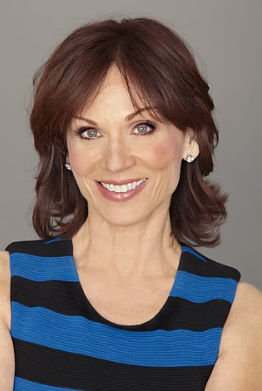 Marilu Henner will be featured on Bucks County Playhouse’s Virtual Variety Show on Sunday, June 14, at 7 p.m. She will talk about appearing in the original production of the Broadway Grease in 1971. The show can be viewed on Facebook Live at facebook.com/bcptheater/ and bcptheater.org/.

Henner made her screen debut in the 1977 comedy-drama film Between the Lines. Also that year, she was cast in her breakthrough role as Elaine O’Connor Nardo in the ABC/NBC sitcom Taxi, a role she played until 1983 and received five Golden Globe Award nominations. She later had co-starring roles in films such as Hammett (1982), The Man Who Loved Women (1983), Cannonball Run II (1984), Johnny Dangerously (1984), Rustlers’ Rhapsody (1985), Ladykillers (1988), L.A. Story (1991) and Noises Off (1992). She returned to television with a starring role in the CBS sitcom Evening Shade (1990-94), and later had leading roles in many made-for-television movies.

She has appeared on a number of national television programs about hyperthymesia, or total recall memory – she can remember specific details of virtually every day of her life since she was a small child.

The Deck Restaurant reopens with indoor and outdoor dining options