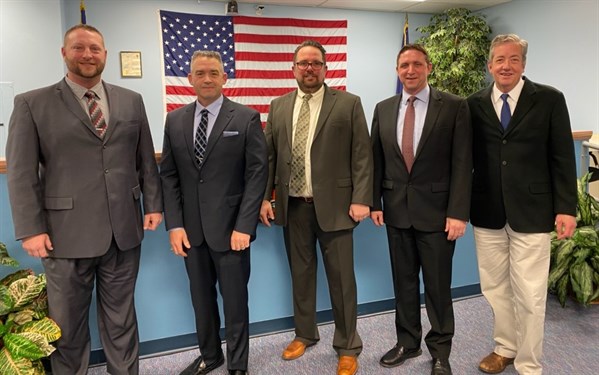 During a recent Falls Township of supervisors meeting, the following topics were addressed:

In response to the coronavirus pandemic, Falls Township was forced to make the difficult decision to cancel its summer camp program and keep Pinewood Pool closed for the 2020 season.

Anyone who paid for the six-week camp or bought a pool pass will receive an immediate refund, Falls officials said. The closures are aimed at keeping residents and employees safe and free from COVID-19, supervisors chairman Jeff Dence said during the virtual meeting.

“We’re doing the best we can. We appreciate everybody’s cooperation,” Dence said. “It wasn’t an easy decision for anybody. We know a lot of people rely on the camp for daycare in the summer. We apologize, but it’s out of our hands.”

Parks and Recreation Director Brian Andrews said he sought guidance from the county, as well as Pennsbury School District and other agencies before making the decision. In the end, Andrews said it would be too difficult to practice social distancing among 175 campers. Also, campers would not have been able to take excursions or go to the pool, which would have dramatically changed the camp experience.

According to the CDC, there is no evidence that COVID-19 can be spread to people through the water in pools. However, Falls officials were concerned about trying to maintain social distancing in bathrooms, locker rooms and on furniture at the pool.

Falls reopened its parks last month, but has kept amenities such as playgrounds, dog parks, skate parks, tennis courts and restrooms closed. Dence said the township hopes to reopen the recreational amenities soon and asked for the public’s continued cooperation.

In addition to recreation, Falls hopes to reopen its municipal building by early June. Initially, it would be open primarily by appointment.

For questions related to the Pinewood Pool or summer camp closures, email Andrews at b.andrews@fallstwp.com or call 215-949-9000, Ext. 220.

With an eye on creating new jobs and expanding industry in Falls Township, the supervisors granted land development approval for two projects at the former US Steel property.

The board voted unanimously for both land development projects, which would yield dozens of new jobs in Falls Township.

Conshohocken-based MM Metals USA, LLC is creating a “new operation, new entity” on a 3.738-acre lot leased from US Steel, according to attorney Michael Meginniss of Begley, Carlin and Mandio. Once operational, the company would employ 60 to 70 new employees, Meginniss said. Plans call for construction of a 27,694-square-foot industrial land development, consisting of a 2,844-square-foot office/laboratory and workshop building; a 15,120-square-foot building with silos, a substation and a cooling water/heat exchanger for the manufacturing of ferrochrome; and a 10,000-square-foot building for aluminum.

MM Metals would operate around the clock, but would not have overnight truck storage, loud noise, or impacts on water or air, according to Meginniss, who spoke during the supervisors’ meeting. The company would be handling aluminum scrap, lime and ferrochrome primarily, he said, and would not be working with radioactive or contaminated material.

“We did go through the EPA process. We were approved,” Meginniss said. “There was no negative impact from an environmental standpoint and no loud noises on site.”

Ferrochrome, a type of alloy between chromium and iron, is used in jet engines, according to Meginniss. The Department of Defense keeps 30,000 tons of ferrochrome in stockpile, he said, adding that MM Metals will produce 18,000 tons annually. Once the Falls operation is open, the company would be the “only domestic producer of this material,” he said.

“You’re the only domestic manufacturer and you’re going to be right here in Falls Township,” Dence said.

In addition to the preliminary and final land development approval for MM Metals, the supervisors voted in favor of an amended land development for Gelest Realty, Inc. to construct a 550-square-foot accessory building on a 6.972-acre parcel situated in the New Ford Mill Industrial Park.

Meginniss said the addition would allow for the increase in manufacturing capabilities as the company “assists in the fighting” of COVID-19. The building would not cause an increase in traffic, he said.

Smoother driving is coming to a half dozen Falls Township roads.

During the virtual meeting, the board voted unanimously to award its 2020 road improvement program to General Asphalt Paving Co. in the amount of $3,046,575.67. The project received two bids. The other bidder came in at about $200,000 higher, according to township engineer Joe Jones.

Falls had earmarked $6.5 million for the project, including engineering fees. The project came in “significantly under budget,” Jones said.

Jones Engineering Associates will provide construction inspection and oversight for all work within the project scope and attend weekly progress meetings.

In other business, the supervisors approved a change order for the 2018 road program in the amount of $7,670. Jones said the cost stemmed from an overage for topsoil. Jones worked to have the cost reduced by more than half of what the contractor had originally charged.

“We negotiated the best we could,” Jones told the supervisors. “We came to a fair arrangement.”

Moving forward, Jones said work which incurs additional costs would not proceed until the township issues a written authorization.

“We’re watching out and this won’t happen again,” Jones said.

The 2018 road program came in $100,000 under budget and would not be impacted by the small change in order, Jones said.