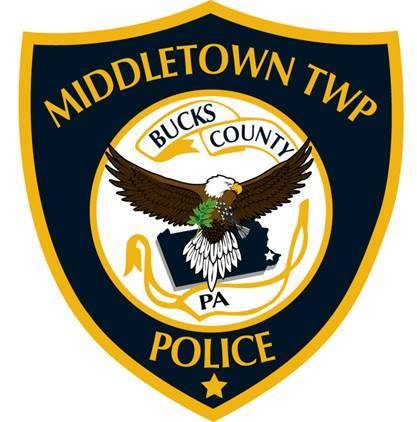 A Middletown Township police officer who tested positive last week for COVID-19 spoke out Saturday, assuring the public that he is recovering well and warning others against the “selfish” urge to not stay home when showing symptoms.

After feeling fine on the job, Morrison said, “I woke up around 2:30 or 3 [p.m.] and felt awful. I gave it a day, gave it two days, and started showing all of the symptoms of everything I read online of COVID-19,” and decided to seek testing. His test results came back positive on Friday.

Dr. David Damsker, director of the Bucks County Health Department, said the department’s investigation confirmed that Morrison was not symptomatic – and therefore unlikely to have been contagious – while on the job, and that he appears to have acquired the virus from a community contact.

Weintraub and Damsker both praised Morrison for his decision to stay isolated, to seek testing and to not risk returning to work while showing signs of illness.

“Thursday, when I was showing symptoms, I was kind of up in the air,” Morrison said. “I kind of doubted that I actually had COVID-19; the chances are very slim.”

At the same time, he reasoned, “why not just go get tested and clear it, rather than be selfish and go to work with that? If I had done that, the chances of me spreading that would probably be a lot higher than now that I’m isolated.”

Damsker said that Morrison is required to isolate himself for at least seven days from the time he became symptomatic, and must have at least three consecutive days without a fever before he can be cleared to return to duty.

Morrison said that his symptoms included fever, congestion and extreme fatigue. Saturday, he said, he was much improved.

“I’m not bad. I’m feeling a lot better than I had been in the last couple of days, that’s for sure,” the three-year veteran told Weintraub. “…I’ll be back to work before I know it. As long as I’m cleared and out of [isolation], I’ll be back to work.”

Morrison urged others to “think about your parents and your grandparents. It’s kind of selfish to go out in public, especially if you are showing symptoms. If you encounter some elderly person and they catch it, they’re going to be struggling a lot more with it than you are.”

After viewing the interview, Damsker called Morrison “the perfect example of a younger, healthier person who has mild illness. And the vast majority of people who get coronavirus will also have mild illness.”

But while it’s important for most people not to panic about the virus, Damsker said it’s more important to remember that there are many elderly and medically vulnerable people in the community who are susceptible to more dire symptoms, and that social distancing should be exercised by all.

“If you don’t have a job where you’re … a first responder or running an essential business, it’s always better,” he said. “If you don’t need to go out, don’t go out.”

The Health Department continues to encourage people who are experiencing mild symptoms at home not to go to the hospital.

“The reality is that many more people are going to test positive for this virus,” he said, “and we need to ensure our hospitals do not become overwhelmed. Otherwise, the people who need care the most may not be able to receive it.”

At the same time, Damsker told Weintraub that police officers and other first responders “will be prioritized for testing if they become symptomatic. Because we need to get them back on the street as soon as possible to protect Bucks County.”

Weintraub’s interviews with Morrison and Damsker can be viewed at youtu.be/uNQjcge9vio.

All red phase counties expected to move to yellow June 5