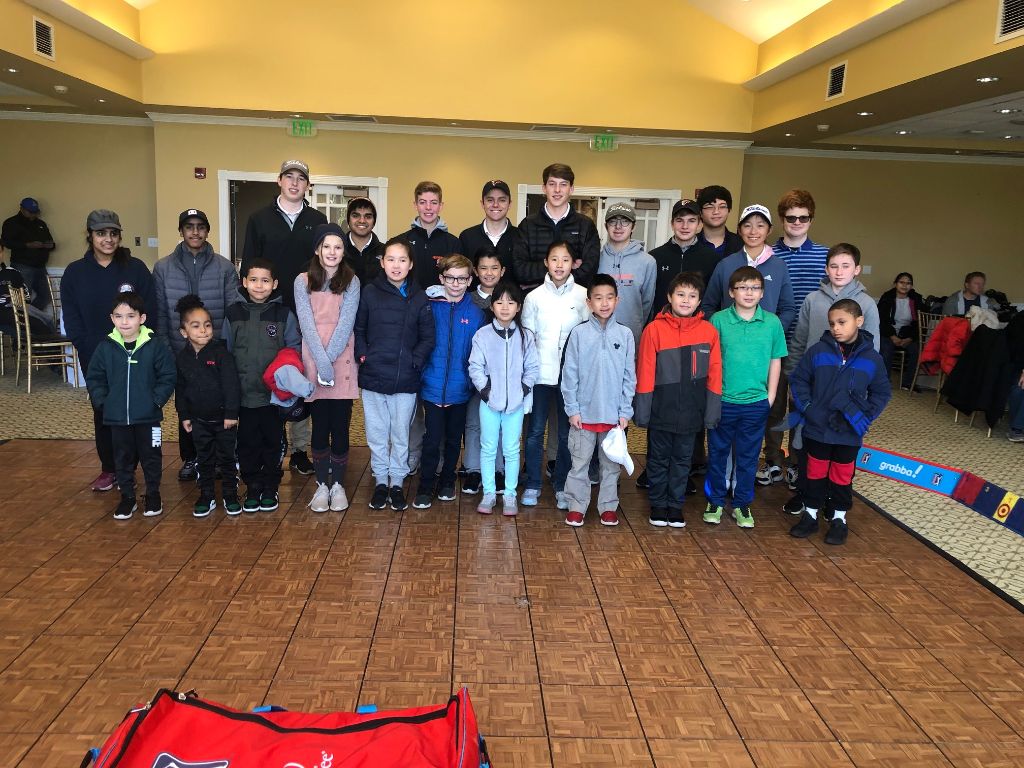 The groundwork for this year’s coed varsity golf team was set four years ago.

Leaders of the Pennsbury High School Golf Team 2016 were a special bunch. They understood their role as mentors for the novice players. Becoming a member of this team was both competitive and commanded respect. On varsity, there was always encouragement of the younger players, specifically the freshmen who were scattered between the JV and newly-formed club team. These seniors led by example, demonstrating to their young pliable teammates the needed work ethic, love of golf, and strategies for golf matches.

The team’s home course is Yardley Country Club, where most team members join as junior members, playing from sunup to sundown through the spring and summer months. Eager to learn, the freshmen fell in love with the game, took mental notes, and prepared for their sophomore year starting the day after their freshmen season ended.

The next season began after hours of practicing, taking lessons and playing in regional tournaments. These determined players advanced their game tenfold from the previous season. The seniors from the previous year had moved on, but their work ethic lived on. Under the guidance of coaches Curtis May and Devin O’Meara, this group welcomed the new class of freshmen and the friendships grew. The team practiced and golfed together, supporting and pushing one another, as the seniors had done with them.

The seniors also taught the freshmen the importance of community service. The Pennsbury Golf Team has a long standing dedication to giving back to the community. Years ago, the relationship between the PHS Golf Team and First Tee of Greater Trenton began. This alignment was initiated by Pennsbury’s own Hughes family, and has always been led by the players themselves. The team members volunteer as mentors to the participants who are looking to explore the game of golf and learn lessons that translate to lifelong knowledge.

First Tee is a national program that was started to help young people develop character by focusing on the First Tee Nine Core Values of honesty, integrity, sportsmanship, respect, confidence, responsibility, perseverance and courtesy through the game of golf.

Pennsbury team captain, senior Jack Gerity, works with the First Tee coaches and volunteers to organize the Pennsbury golfers as the program mentors. They report every Saturday morning to volunteer their time throughout the winter months. This year the team will log in approximately 220 volunteer hours mentoring these young golfers of the greater Trenton area.

The mentorship program has not only influenced the children of the First Tee, but the PHS Golf Team also learned valuable lifelong lessons through mentoring. Lessons from the mentoring experience in the First Tee program created a team bond that was undeniable. This culminated in a new record for Pennsbury Golf resulting in a perfect season – a record of 17-0 for 2019.

This undefeated season is a first for the Falcon’s Golf Team (records dating back to 1989). There may have been stronger individual golfers in the past, but this team was undoubtedly special.

The team’s record in the SOL (12-0) put them in first place as they defeated a perennially good conference rival, Central Bucks West. The Falcons qualified 10 golfers for the SOL tournament at Five Ponds, and eight of those would move on to the State District tournament at Raven’s Claw and Turtle Creek.

Jade Gu won the SOL girls individual title for the second year. In the team event, PHS finished a close second place at Districts, and the coaches won the Sportsmanship Coach of the Year.

The team now says, “Goodbye,” to seniors Julie Cohen, Ethan Finkelstein, Will Gerity, C.J. Ackler and Captain Gerity. The foundation for excellence that began in 2016 will not leave with these seniors, but continues with the remaining underclassmen: Chris Myers, Ryan Rearden, Josh Cicco, Adi Gaba, Arielle Schultz and Gu.