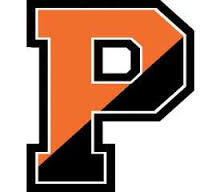 The Pennsbury school board recently announced that the school district as a whole was named a 2020 District of Character and seven of its schools achieved the 2020 State School of Character distinction, bestowed by Character.org, a national advocate for character education, based in Washington, D.C.

These schools include Afton, Edgewood, Fallsington, Oxford Valley and Quarry Hill elementary schools, in addition to Pennwood and William Penn middle schools. All of the schools listed were designated State Schools of Character in 2015 and were re-designated with the same honor this year after a rigorous re-application process. The schools will all now be considered by Character.org for the National School of Character distinction.

Note: Pennsbury’s remaining six schools are on different five-year timetables for renewal as State and National Schools of Character.

The State Schools and Districts of Character program recognizes growth and excellence in the area of student character development through the 11 Principles of Effective Character Education framework:

“We are excited about our district recognition and the individual schools that were also named as State Schools of Character,” said Michele Spack, Director of Elementary Education. “I am proud that all five of our elementary schools and both eligible middle schools received this honor. We know the importance of laying a solid foundation to build students who are strong, caring citizens of our world. Character education is embedded into the very fabric of the Pennsbury School District, and we will continue to strive for excellence in all that we do.”

Theresa Ricci, Pennsbury’s Director of Secondary Education, added, “We are honored to be among only seven school districts in the nation to be named a 2020 State District of Character. As a district, we share a goal for the promotion of character education and we are thrilled to be recognized as a district that has achieved this level of success. We are excited to apply for the National District of Character distinction.”