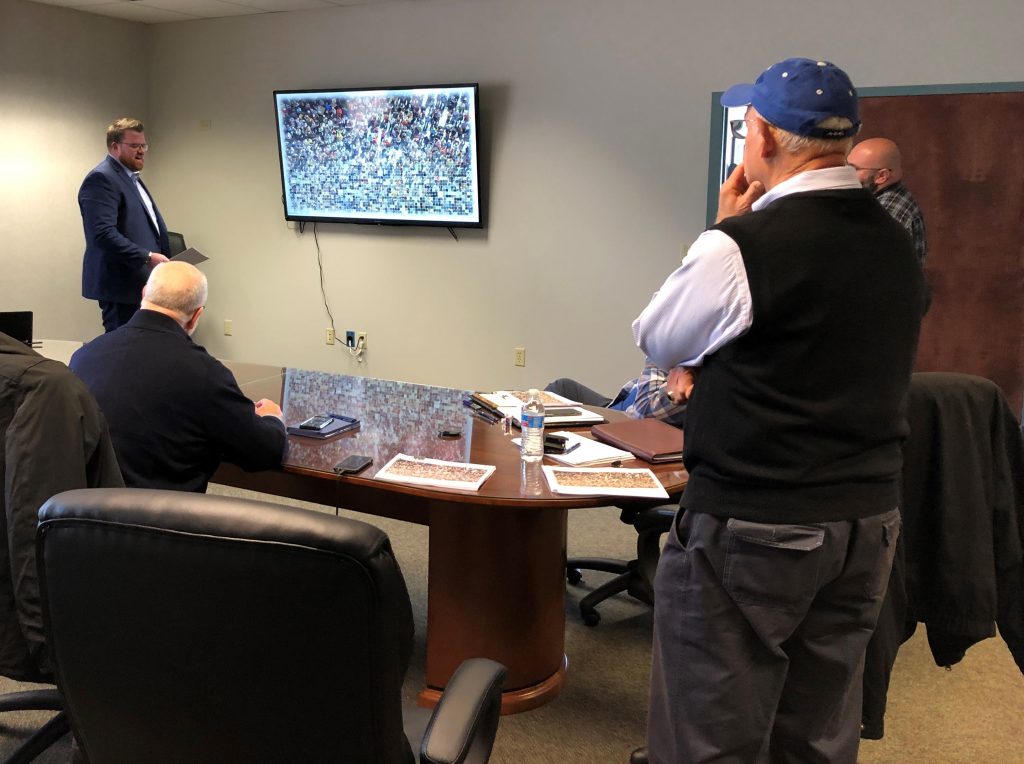 During his daily commutes from Warrington to his job near Princeton, New Jersey, Mike Weisser had plenty of time to think. Two hours driving each day helped him visualize transitioning from his current role at a medical device and pharmaceutical company to a business owner of a technology company.

From 2017 when his idea was born, Weisser established a business entity, set up a bank account and invested some of his own money.

“I was definitely out of ideas and I really didn’t know where to turn,” Weisser said. “I knew I needed a potential technical partner or technical expertise to be able to pull this off.”

Weisser recalled previous interactions with a SCORE representative from the Philadelphia chapter and thought that perhaps the Bucks County chapter of the nonprofit business mentoring organization could provide some guidance.

In spring 2019, Weisser began meeting with SCORE Bucks mentors Charlie Morris, a long-time chief technology officer; Al Casadei, whose expertise is in business administration, product management and business/product development; and Jerry Gepner, an experienced technologist and business leader with a background in investing, and mergers and acquisitions.

In order to move his business concept to reality, Weisser realized he needed funding. With insight from his SCORE mentors, he created a business plan, business process mapping, plan template, as well as a pitch deck, teaser deck and related documents outlining his business idea, its features and benefits.

After working through the details for about six months, Weisser had the nuts and bolts of what was needed to get his business off the ground.

Then a “light bulb” clicked for Gepner and he suggested that Weisser do a practice presentation for the SCORE Bucks County chapter executive committee before making investment pitches to angel investors, similar to the model used on the TV show Shark Tank.

“I’d hate to get in front of my first angel investor and completely flop,” Weisser said.

“You’ve got 30 seconds to captivate,” Weisser said. “The feedback was invaluable, to say the least.”

Morris described Weisser as being “very detail-oriented.” As such, he said Weisser focused more on the features of his idea and less on “evangelizing the benefits of the business problems it solves.”

“After Mike presented the pitch to the SCORE executive committee, many of them said, ‘I still don’t understand why I need this,’ then they went on to offer constructive criticism to improve the pitch,” Morris recalled from the presentation. “Mike really learned that he’s got to keep it short, he’s got to focus on the benefits, and he’s got to be a salesman more than a technologist.”

Along with guiding him down the path to business ownership, Weisser said his SCORE mentors gave him an extra boost of confidence.