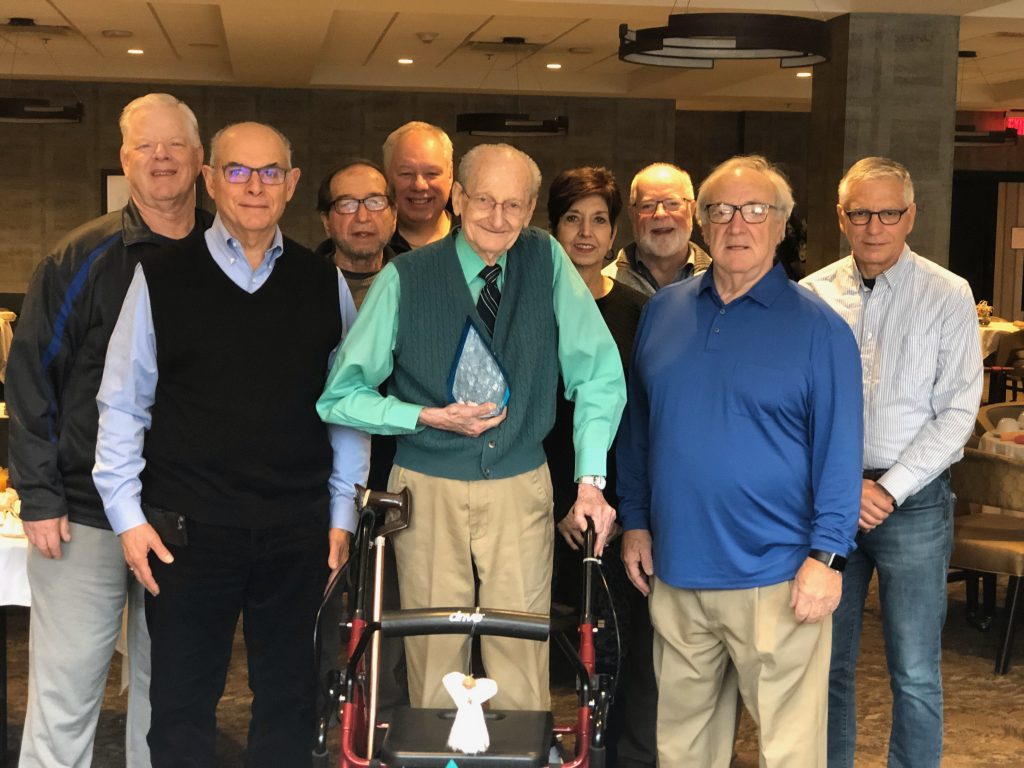 The executive committee of the Bucks County chapter of SCORE recently presented co-founder Wendelin “Bim” Stahl with a trophy to commemorate his service.

Stahl, who now resides at Juniper Village at Bucks County in Bensalem, heard about SCORE through the Small Business Administration. He and another Bucks County man founded the local chapter of the national nonprofit organization in 1988.

At the time of the chapter’s founding, Stahl owned an appliance store in Fairless Hills. Ironically, the co-founder could not join the chapter as he was not retired. SCORE previously required that all volunteers be retired executives.

In 1989, after selling his store, Stahl officially joined SCORE.

During the recognition ceremony, Stahl reminisced about his early life serving in the Navy Air Corp in World War II while stationed in Miami, Florida. He humorously reported that he single-handedly kept Florida safe from invasion. He flew on planes delivering supplies to Brazil.