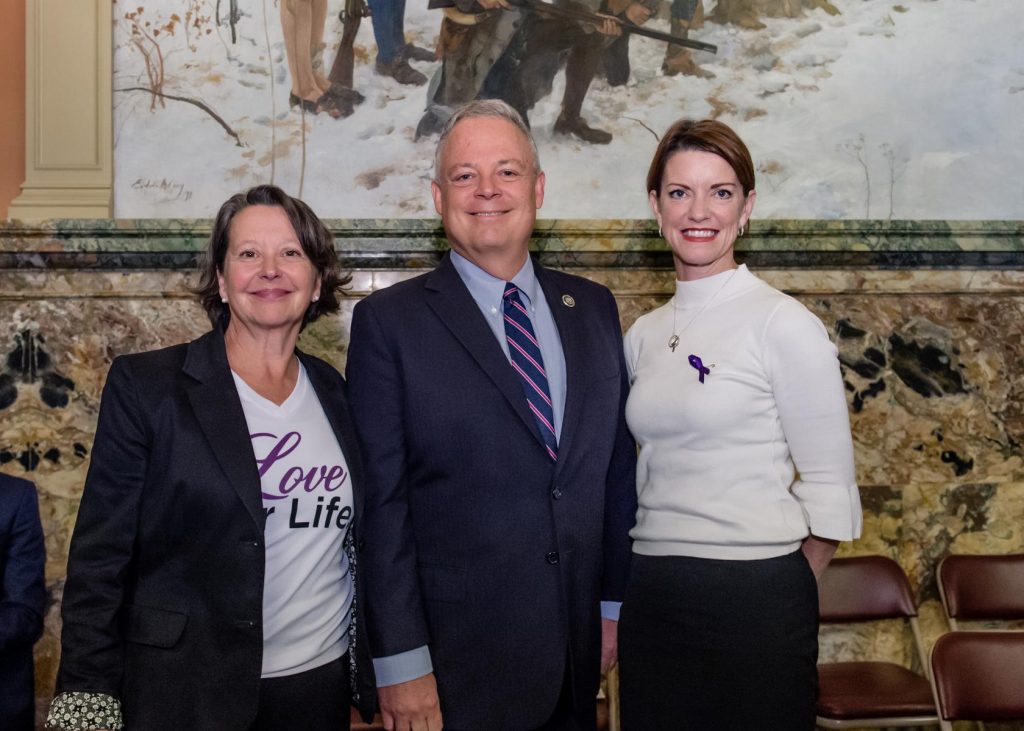 State Rep. Perry Warren welcomed Newtown Borough’s Christine Edmonds in the House chamber recently for a vote on a resolution to raise awareness for pancreatic cancer.

“It was my honor to host Christine Edmonds, whose Newtown-based nonprofit organization – A Love for Life – raises awareness and money for research into this terrible cancer and oftentimes silent killer,” said Warren. “A Love for Life’s mission is to celebrate life and friendship and adventure while funding pancreatic cancer research.”

Edmonds was joined at the Capitol by A Love for Life board member Anne Marie Hughes, a two-time pancreatic cancer survivor celebrating eight years this month.

“Pancreatic cancer is often difficult to detect and diagnose,” Warren said. “Through her dedicated and energetic work, Christine keeps hope alive that future advances in detection and treatment might one day be available for the countless number of people who will be diagnosed with a disease still considered ‘largely incurable’ by the American Cancer Society. Let’s hope that through her work someday soon we will commemorate not Pancreatic Awareness Month, but Pancreatic Cure Month.”