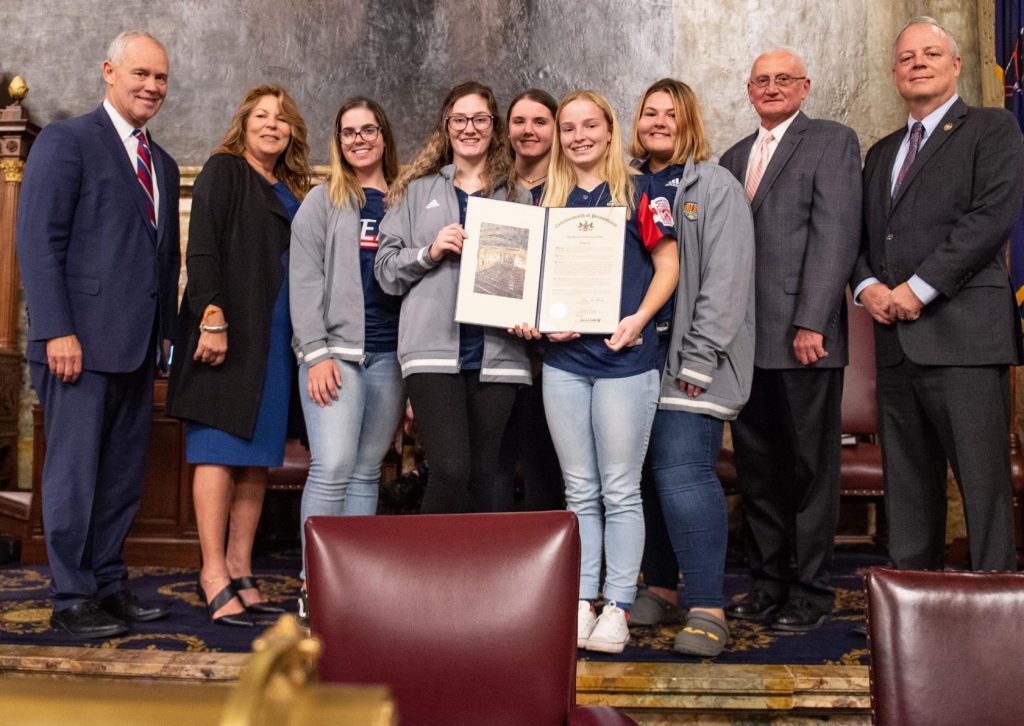 “This is an impressive group of young women,” Davis said. “In their young lives, they’ve reached the heights of their sport, making it to the World Series. They’ve been able to do this because of the skills they’ve mastered – consistency, perseverance, teamwork and focus. I applaud them for their success and for bringing recognition to their hometown.”

Levittown United piled up victory after victory this season. They played a 12-game regular season against local teams and went undefeated before claiming the Section 8 championship.

After this distinct honor, Levittown progressed to the Eastern Regional Tournament to compete with teams from New Jersey, New York, Maryland, Delaware, Connecticut, Rhode Island and Massachusetts. In the face of fierce competition, Levittown United won the 2019 Eastern Regional Championship by defeating all seven regional opponents, winning each game by 10 runs.

The team then advanced to the Senior Little League World Series against the best competition in the world. Teams from the United States, Canada, Asia and Europe all competed in the 10-team World Series Championship.

Levittown finished fifth in the world, losing 7-6 in the quarterfinals to the team representing the central United States.

Levittown United’s overall record was 26-3 with no losses until the World Series.