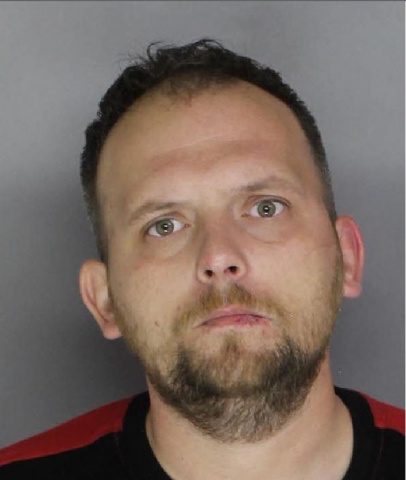 The Bensalem Township Police Department, with the assistance of the FBI Fort Washington Office, arrested 34-year-old Patrick Gale, of Bensalem, for possessing an AR-style rifle that he was attempting to sell.

The investigation started when detectives received information that Gale, a convicted felon, was attempting to illegally sell an AR-style rifle for $1,500. On Tuesday, Oct 22, detectives observed Gale in front of 2791 Murray Ave., Bensalem, loading a large duffle bag into his Saturn Vue prior to driving to a pre-arranged meeting to sell the rifle. 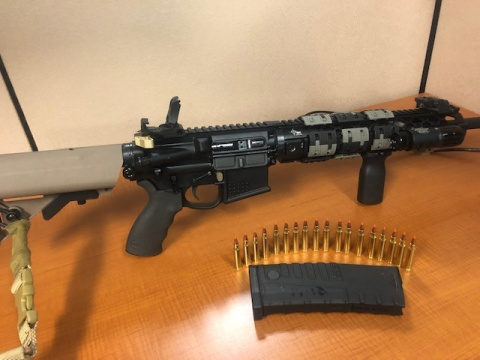 Bensalem Police officers attempted to conduct a traffic stop of Gale’s vehicle at Street Road and Interstate 95, but Gale fled in the vehicle. During the brief pursuit, Gale’s vehicle struck two civilian vehicles and a marked Bensalem Police vehicle. While being pursued, Gale threw the large duffle bag out of the vehicle. Gale eventually crashed his vehicle into a curb and became disabled along the rear of Franklin Mills Circle. Gale then fled on foot into the woods but was quickly apprehended.

The duffle bag was recovered and contained an AR-style rifle loaded with 16 live .223 rounds. A search was later executed at 2791 Murray Ave., where Gale was previously observed, and recovered a 2017 Honda GSXR motorcycle which was stolen out of Philadelphia.

Gale was charged with Felon not to Possess a Firearm, Illegal Transfer of a Firearm, Recklessly Endangering Another Person, Fleeing and Eluding, and related offenses. He was arraigned by District Justice Gallagher and remanded to the Bucks County Correctional Facility in lieu of 10 percent of $400,000 bail.