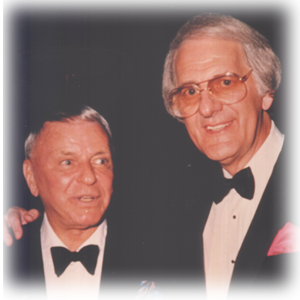 Since 1956, Sid Mark has entertained generations of radio listeners in Philadelphia and across America. He’s shared his love and appreciation for the music of one legendary performer – Frank Sinatra. Mark has presented the music of America’s greatest vocalist for more than six decades, hosting “Friday with Frank,” “Sunday with Sinatra” and the nationally-syndicated “Sounds of Sinatra” programs.

“I owe my years of success to the greatest ever performer of the American songbook, Frances Albert Sinatra. I truly love the man and his music. And of course, I thank our listeners for their loyalty and support throughout the years, and for making this labor of love possible,” Mark said.

To honor Mark for his long and celebrated career, Baldini Communications is presenting “Sid Mark’s Sounds of Sinatra 63rd Anniversary Concert and Celebration.”

The occasion will be marked by the performances of two incredible headliners, beginning with comedian Tom Dreesen, who opened Sinatra’s live concert performances around the country for more than 13 years and has made hundreds of TV appearances during his long and successful career.

Then, South Philly’s Bobby Rydell takes the stage, backed by the 20-piece City Rhythm Orchestra performing the greatest songs of the Great American Songbook and a special tribute singing the music of Ol’ Blue Eyes in his own distinctive style. Rydell’s career has spanned more than six decades, first as teen idol, then as star on television, stage and film, and as a best-selling author. He continues to entertain live audiences around the nation.

The event takes place at the Xcite Center at Parx Casino, 2999 Street Road, Bensalem, on Sunday, Oct. 27. Doors open at 6 p.m. and the concert begins at 7 p.m. Visit parxcasino.com/xcitecenter for more information.

Leave your troubles outside

Take-out available from The Deck