The Branka family has found the recipe for small business success. 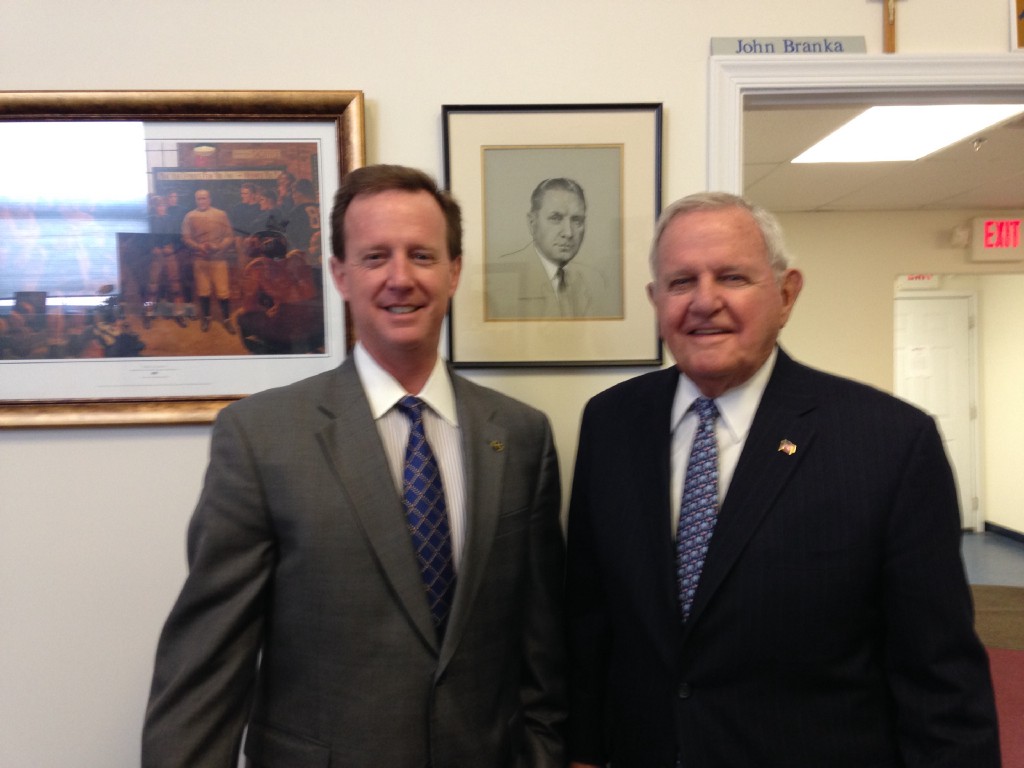 Within minutes of speaking with Jack and John Branka, it becomes clear why they have prospered in the sales business.

John is the vice president of Standard Digital Imaging. Jack, his father, is the president.

As they promote the merits of their work, both Brankas speak with an ease and confidence that suggests they have mastered the art of personal interaction. They also seem to have found a delicate balance between taking their craft seriously without taking themselves seriously. The approach has allowed their business to thrive.

“A client of ours typically stays with us for about 18 years on average,” John states.

Standard Digital Imaging is headquartered in Upper Southampton. The Brankas share an office that is adorned with sports memorabilia. They have 15 employees and serve over 2,000 clients throughout the Delaware Valley.

They also share a vision for Standard Digital Imaging that emphasizes personal service and responsiveness.

It is a legacy that began with Jack’s father, C.A. Branka. In 1945, C.A. purchased an office supply company from A.R. Baker. C.A. had broken into the business as a stock boy, moving up the proverbial ladder until he was in a position to become the owner. C.A. changed the name of his organization to Standard. As technology evolved, so, too, did the name of the company.

Jack Branka officially went to work for his father in 1960. Jack had graduated from St. Joseph’s Prep and St. Joseph’s College. Though his education would have afforded him a number of job opportunities, Jack decided to go back to the place where he had spent time as a teenager moving supplies and cleaning the warehouse.

When he returned to Standard, his father had a terse piece of advice for him.

“If you don’t like it here, don’t stay,” Jack remembers his father saying.

Jack discovered his calling. He sold Spirit Duplicators and delivered them by station wagon to clients throughout the Philadelphia area. When Xerox developed a dry copier that outclassed the Spirit machines, Jack and his father adapted to save their company. They began selling mimeographs, overhead projectors and other items to schools that were unable to afford the Xerox copier.

John joined the family business in 1988. He had just graduated from the University of Scranton and entered a job market that had been crippled by a stock market crash.

“The only jobs were in sales. So I figured if I’m going to sell, then I might as well give it a shot,” he recalls.

John proved a natural salesman. He loathes the idea of being chained to a desk. Instead, he spends most of his time serving clients and meeting potential customers. Meanwhile, Jack stays at headquarters and oversees the day-to-day operations.

“People that I used to call on all the time are either retired or they’re running the copier in the heavens,” Jack says with a laugh.

The partnership works well. The Brankas represent Sharp, but they remain an independent dealer. The arrangement allows them to be nimble enough to react to their clients’ concerns quickly.

Technological innovation enables the Brankas to monitor their machines in real time. Often, they are aware of a malfunction before their customers report an issue.

A recent incident at St. Joseph’s Prep demonstrates the advantage to the Brankas’ business approach. A pipe burst above the Prep’s copy room and flooded the entire print shop. It was exam week, which meant there was a high demand for copies.

“We had equipment in there within 48 hours,” John asserts. “We had loaners down there the same day.”

When a young man begins his trek into the uncertain world of adulthood, following in the footsteps of one’s father might seem like the surest path. Sometimes, however, a son will find the size of his own footprint lacking.

For 72 years and across three generations, the Branka men have chosen the same professional route. Their collective journey has been nothing short of remarkable. ••