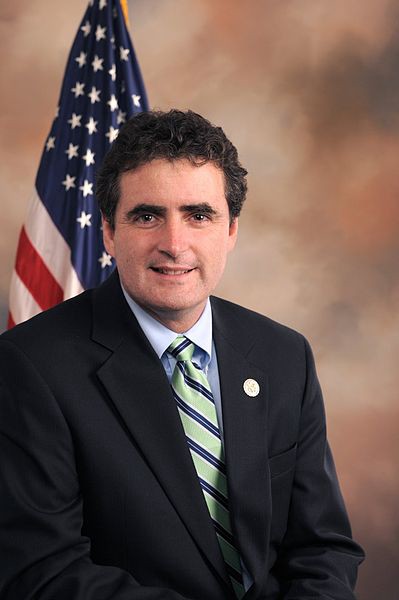 This post is part of The Upd8, the Midweek Wire’s new blog devoted entirely to coverage of Pennsylvania’s 8th congressional district.

The most recent government shutdown may be over, but Congressman Mike Fitzpatrick (R-Bucks) wants to make sure that a similar crisis doesn’t take place again.

Calling the government shutdown “entirely avoidable” and pointing his finger at “leaders at the highest levels,” Fitzpatrick spent the first day following the shutdown highlighting legislation he introduced in March, the Government Shutdown Prevention Act.

If enacted, the legislation would automatically create a continuing resolution for any regular appropriations bill not completed by the end of the year.

“While it is unfortunate that we have to introduce bills like this to make Washington do its job, with $16.6 trillion in debt and federal deficit spending around $1 trillion a year, it’s time for a responsible approach to federal spending,” Fitzpatrick said. “I’ve been working on this since March — we need rules like these to ensure we can start governing by leadership and compromise, not crisis.”

Fitzpatrick also posted statements on his website and on his Facebook page following the end of the government shutdown.

“By extending the debt ceiling and funding the government, I intend to play an active role in furthering the policies which found bipartisan support during the impasse,” Fitzpatrick said, noting particularly that he would work to repeal the portions of the Affordable Care Act that he has spoken out against in the past. “When Congress reconvenes, I intend to push bills which will retain the consumer protections of the Affordable Care Act while eliminating the harmful portions of the law.”

Several of Fitzpatrick’s Facebook posts generated a large number of “likes,” and some users praised the congressman or thanked him for his vote.

Other users were not pleased with Fitzpatrick’s votes and voiced their concerns on the Facebook page. One commenter whose comments received a relatively high number of “likes” wrote, “This is not a compromise. We got NOTHING. You cowards caved.” Another questioned, “what is going to happen in 3 months?” adding that the “Rs just showed Obama that he can basically get whatever he wants and the media will protect him.”

While some commenters said Fitzpatrick had lost their vote, his Q3 fundraising haul of $462,175 and his now $1.04 million cash on hand will likely help to assuage any potential funding dip that could come as a result of the public’s poor opinion of Congress following the crisis.

Fitzpatrick’s Democratic challengers wasted no time criticizing him for his votes during the crisis.

Kevin Strouse, a U.S. Army vet and former CIA operative, called Fitzpatrick’s behavior “reckless,” adding that “the economic damage inflicted by the shutdown, and the looming threat of further brinksmanship emphasizes the need for a new approach.”

“The House GOP’s reckless brinksmanship is a threat to our economic recovery,” Strouse said in a statement. “It has to end now. No more kicking the can down the road — Congress needs to get back to the business of governing.”

Former breast cancer researcher and publisher Shaughnessy Naughton also criticized the congressman for “putting out a fire he started.”

“The shutdown was a malicious, self-destructive act designed to undermine a law that was passed by Congress, signed by the president, and approved by the Supreme Court,” Naughton said. “And Congressman Fitzpatrick was complicit in its execution.”